Injury Round-Up: Flurry of Eagles Set To Return For Finals 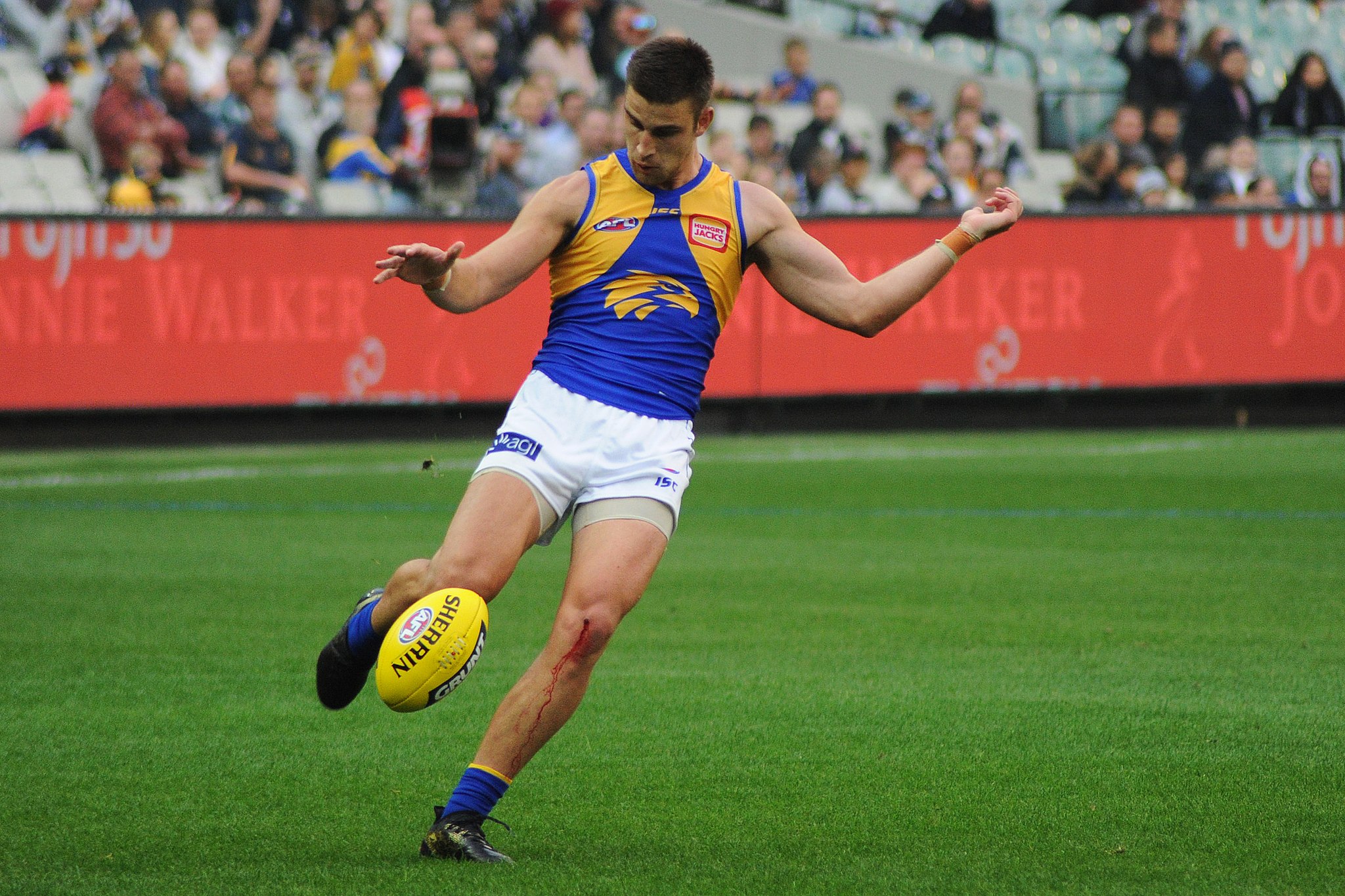 Although Elliot Yeo will not be one of them.

It’s safe to say the Eagles have had a tough year when it comes to the injuries they’ve sustained.

Playing away from home for extended periods in the Queensland hub has put a strain on the side this season. Combine this with the increased fixture schedule and it’s no wonder the Eagles have had a tough year of injury setbacks, with players dropping like flies particularly towards the back end of the season.

Perhaps without the absence of key players like Luke Shuey and Elliot Yeo, the West Coast might have been able to break into the top four, getting a result against Richmond and the Bulldogs late in the season.

Adam Simpson speaking in a press conference on Wednesday.

Although to be honest, the Eagles coaches and back-room staff have done a fantastic job of managing their injury-stricken squad.

Yet their injury curse is set to continue as it looks like the Eagles will be without their marquee midfielder Elliot Yeo for this year’s finals, with the 2-time All-Australian now being ruled out for the remainder of the season.

General Manager Craig Vozzo confirmed in a press conference last week that Yeo’s ongoing oesteosis pubis problems were still causing the midfielder some problems and despite previous reports saying he might return in time for the match against Collingwood next week, club doctors have advised that the central midfielder is not ready to return.

“Unfortunately with Elliot we’ve reached a bit of a stalemate in terms of the progress with his osteosis pubis.”

“Elliot is extremely disappointed but we’re going to obviously have to put his season on ice.”

“We’re obviously very disappointed too, but we had no choice in this circumstance. It’s the right thing from a medical point of view to get him right for the long term.”

The tackle machine has had a tough season, and although Yeo made 10 appearances for the West Coast, his absence for the latter half of the year has been a huge blow for the side.

“We’ve missed him for three to four weeks. He’s pretty hard to replace. We’ve never really had to rely on one player, but someone will have to step up.”

Simpson speaking in a press conference on Wednesday.

The Eagles will certainly miss the roving midfielder’s tackling presence in this year’s finals campaign.

But they’re not without cover, with Andrew Gaff, Tim Kelly pulling the strings in midfield of late, and the anticipated return of captain Luke Shuey, the Eagles do have a very strong midfield that can best any team in this year’s competition.

And yes, that’s right. Luke Shuey is a ‘shoe-in’ to start next week against Collingwood, provided he pulls up well this week in training.

Shuey suffered a double hamstring strain in the game against Essendon in round 15 which fortunately wasn’t as bad as Eagles fans might have first thought.

“I had a tweak in the third, we assessed it at three-quarter time, I said I was right to go and went back on and tweaked the other one. I would have missed the same time if we shut it down at 3 quarter time but we’ve all learned some lessons since then.”

Luke Shuey speaking on his hamstring injury in a press conference on Wednesday.

Shuey was unfortunate to miss the end of the minor season, but there was no doubt the Captain was going to miss the finals and if we know Shuey, he’ll have been chomping at the bit to get back to playing.

He confirmed in an interview with ABC Radio yesterday that he’s on track to play next Saturday against Collingwood and has been training with the rest of the squad last week.

“Hammy is fine, I am ready to go. Luckily this prefinals bye has given me the extra week which I think if there had have been a game this weekend I would have been right anyway but allows me to get an extra week of training in.”

And what about in defence? Well, although many were fearing the defender’s season to be over after the match against St Kilda 2 weeks ago, it looks as though Jeremy McGovern has also made a solid recovery.

Craig Vozzo confirmed on Tuesday that McGovern was “tracking probably ahead of where we thought he might be at this point” and has “been doing a fair bit of track work with our rehab guys.”

Although the Eagles Coaching staff are being cautious not to rush players back with Simpson confirming yesterday on ABC Radio that Gov would be a “late tester next week in anticipation of that game,” Simpson also said that it’s “more likely than unlikely” that McGovern would start next week.

“I’m pretty confident (he can play). He has pretty much ticked off all the protocols to play, but he’s got to get through a week’s training.”

Hamstrings are always a tough injury to manage, and it is remarkable how Gov has responded to get back in time for finals. Another very promising bit news for Eagles fans.

Plus Shuey and Gov aren’t the only players who will be returning from a hamstring injury, with Mark Hutchings confirmed as available to play next weekend, after a very stop-start year of footy.

“He’s a pro and is fit and available and I’ve got no doubt he can do a role, he’s played as a shutdown half-forward as well on some of these rebounding defenders.”

The Eagles clubman will be a welcomed return to the side along with Jamie Cripps, who will turn out for the side after returning home early from the Queensland hub for the birth of his son.

Jack Redden (thumb), Lewis Jetta (calf), and Nathan Vardy (thigh) all look to be well on their way to recovery, with Redden standing a good chance to break into the side for the game against the pies, should he too pass a fitness test this week.

“He’ll introduce some more ball work late this week or early next, and he’s a good chance to play the first final and he’ll be a test later next week.”

“Vards, his thigh has come along really well. He’s almost at full flexion. He’s joined into main training and has elevated a lot of his aerobic work to a really good level, so expect him to state his case really strongly as we approach the final.”

Lastly, it seems goal machine Josh Kennedy will start for the Eagles next Saturday. After tweaking his ankle during the final game of the season against North. Kennedy was assessed and pulled from the game perhaps more as much as a precautionary measure as an injury concern. Simpson confirmed in his post-match press conference, “I think he’s (Kennedy) okay,” and “he should be right to go (for the first elimination final).”

“I haven’t seen him train this week. I think this morning we might have seen him run a couple of laps, have a couple of set shots at goal, it’s not his kicking foot, it’s his left ankle.”

But it looks like Simpson is confident JK will return for the final, despite Eagles coaching staff being reluctant to push him back to full training straight away.

“We just don’t want to test it too early in case it flares up a little bit. He’s in a good mood which is always a sign”

Ultimately, it looks like we’ll have a flurry of Eagles returning for the Collingwood game next week, with potentially 6 changes being made to the side for the first finals match up.