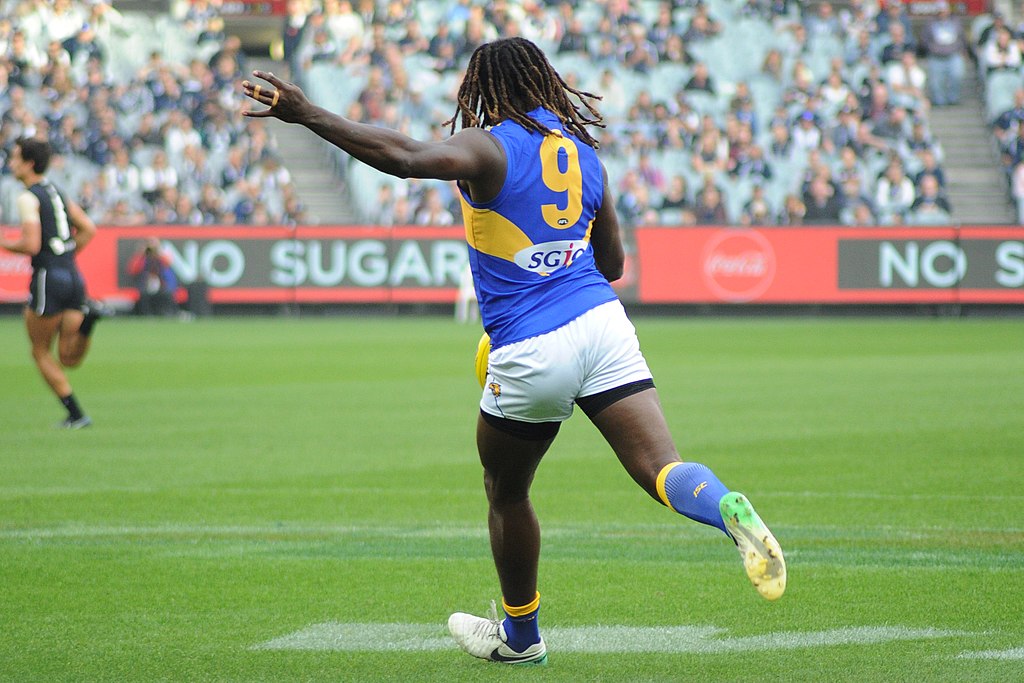 The Eagles have a flurry of big names returning to face off against Collingwood on Saturday.

Despite being decimated by injuries this year, the Eagles have been able to rescue 4 of their big guns from the treatment room, just in time for the first round of finals. Luke Shuey, Jeremy McGovern, Jack Redden and Josh Kennedy have all been included in the matchday squad.

But Collingwood coach Nathan Buckley has also fielded a strong side. The Eagles forward line will have their work cut out to get around dominating defender Jack Crisp, who will look to keep excitement machine, Liam Ryan, under control.

Up top, the pies will line up with a formidable strikeforce of Will Hoskin-Elliot, Brody Mihocek, and Mason Cox, who have all combined well to score some pretty important goals for the Magpies this year.

It’ll be a tough one for the West Coast, as Collingwood are likely to come out guns blazing, and baying for revenge after the Eagles annihilated them in round 8.

The Pies also have some real leaders in their ranks, with Taylor Adams and Scott Pendlebury likely to have their team fired up to put in a physical performance against the Eagles.

If they are to pass through to the next round, the West Coast will need to play smart on Saturday, do the simple things well, and dominate their one-on-one match-ups.

Where will the game be won and lost?

We’ve seen all year how strong the West Coast are at the ruck contest, with the Eagles being best in the league at converting from the restart with Nic Naitanui being ranked 3rd in the league for hit-outs to advantage.

With Naitanui dominating teams at the centre bounce, tapping out to one of Shuey, Kelly, or Gaff, the Eagles are experts at cleaning up at the ruck. And it doesn’t stop there, as they’ve utilised this possession to quickly move the ball up to their forward lines, who’ve gone in to score.

It’s been one of Adam Simpson’s secret weapon’s this year that has enabled the Coast to shock teams by scoring quickly and from out of nowhere.

But we’re expecting a huge battle at the ruck this Saturday, with Naitanui facing off against former basketballer, Brodie Grundy.

The 203cm Collinwood ruckman currently holds the most hit-outs in the AFL this year, 82 more than the Eagles’ marquee man Naitanui.

Naitanui will have it all to do to beat Grundy to the contest, but we’re confident his experience and power can bully Grundy under the high ball.

Plus Naitanui averages more inside 50s, score involvements, and has bagged more goals than Grundy this year.

There’s no doubt Nic Nait has the greater attacking presence and will be utilised high up the pitch to mount pressure on the Collingwood defence.

Barrass and McGovern have been awesome in defence for the Eagles this year too.

McGovern currently sits 8th in the league for intercepted marks, while Tom Barrass ranks first in the AFL for spoils this season. The duo have been on fire this season.

But they’re up against the American man-mountain Mason Cox and a fresh and firing Jordan De Goey, who has only recently returned to the pies from injury.

Cox is a tower of a man, standing tall at a whopping 211cm, 15cms higher than full-back Barrass, who will have to utilise his aerial game on Saturday night to knock the ball out of Cox’s reach.

Plus McGovern will have it all to do to shut down the pacey Jordan De Goey who is as sharp as they come when it comes to setting up his teammates.

De Goey has averaged 5 score involvements per game in 2020 and McGovern will need to mark him closely to inhibit his disposal game to stop him from playing in the Collingwood forwards line.

Recently, Tim Kelly has shown he is a force to be reckoned with in midfield.

Dominating a fast-running St Kilda midfield in Round 16, Kelly made 9 score involvements and 30 disposals throughout the game. And there’s no doubt Simpson will be priming Kelly to have the same impact on Saturday night.

Plus his partnership with Andrew Gaff has certainly helped the Eagles push on in Luke Shuey’s absence, with the pair bullying opposition midfielders and creating numerous scoring opportunities.

But we’re expecting Nathan Buckley to have a couple of tricks up his sleeve, and he’ll likely be setting Pies tagger, Levi Greenwood, loose on Tim Kelly this Saturday night.

As we know the Eagles like to dominate the midfield and the centre bounce, and Kelly has been an integral part in setting up goals from that position.

We expect Greenwood to be Collingwood’s answer to this.

The veteran midfielder has come back from knee reconstruction surgery, to play in 5 games this season, in which he has notched up a whopping 16 tackles.

Plus Eagles fans will remember the job he did in 2018 on Dustin Martin, shutting down the Richmond midfielder in their preliminary final upset against the Tigers.

It looks like he’ll be doing the same job again on Saturday, and will look to keep Kelly quiet and inhibit the Coast from getting the ball forward to their attackers.

If the West Coast can out-power Collingwood in the midfield, dominate the ruck contest, and keep Mason Cox and Jordan De Goey quiet, they stand a good chance of controlling the play.

All they’ll have to do then is move the ball up to Josh Kennedy, Liam Ryan, and Oscar Allen up top, who can kick goals for fun.

It’s all to play for tomorrow night with the winner bagging a spot in next week’s semi-final against Geelong.

It’s going to be a cracker. Don’t miss it!

Featured Image By Flickerd // Nic Naitanui kicking during the AFL round five match between Carlton and West Coast on 21 April 2018 at the Melbourne Cricket Ground in Melbourne, Victoria // https://commons.wikimedia.org/wiki/File:Nic_Naitanui_kicking.1.jpg // CC BY-SA (https://creativecommons.org/licenses/by-sa/4.0)