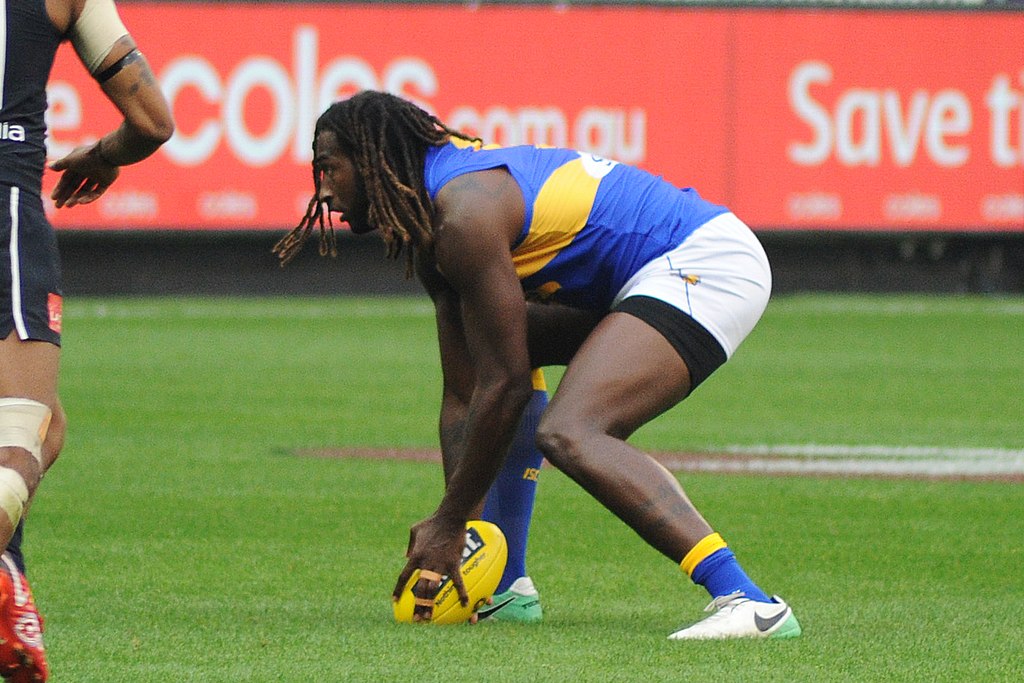 From midfield matchups to rebound 50s, check out our main takeaways from last Saturday’s elimination final.

For the second year running, the West Coast will finish the season in 5th place on points percentage and have, once again, missed out on a chance to go all the way, after being backed as flag favourites this year.

It was a sour finale to one of the weirdest seasons on record.

With a flurry of key players returning to the side, it was ultimately a gutsy and physical Magpies team that capitalised on an ill-disciplined Eagles team, to advance to the next round of finals.

But the match ended in the most thrilling of circumstances, with the West Coast almost repeating their 2018 grand final last-minute upset, narrowly missing out by one point after some last-ditch defending from Collingwood.

And credit to Collingwood.

The Victorian side have shown resilience in the face of adversity all year, spending the majority of the season on the road and have suffered some big injuries to key players like Steele Side Bottom and Jeremy Howe.

From midfield matchups to rebound 50s, check out our main takeaways from the game below.

One of the key matchups we spoke about last Friday was Levi Greenwood on Tim Kelly. We anticipated Nathan Buckley would use Greenwood to keep Kelly quiet and that’s exactly what he did.

Considering Kelly’s form of late and that Luke Shuey had only just returned from injury, it was wise for the tagger to follow Kelly and shut down his movements around the park.

Greenwood did his job well, keeping Kelly to just 12 possessions and 2 score involvements during the match.

But it wasn’t just Kelly the Pies managed to keep quiet.

Luke Shuey and Dom Sheed were also uncharacteristically slow to find the pace of the game and alongside Kelly, midfield the trio only managed 2 possessions between them during the first quarter.

Certainly not what you’d expect of this Eagles midfield.

Although they did come into the game, with Andrew Gaff playing a crucial role in the goal that mounted the Eagles’ last-ditch attack in the 4th quarter.

Gaff made a clutch tackle on Brayden Maynard high in the Pies half, which set up a passage of play that led to Josh Kennedy’s goal that spurred the Eagles on late in the game. He’s had a great season and kept his run of form going notching 24 possessions for the Coast.

But the Eagles did struggle to control the Pies midfield.

Taylor Adams’s heat map was glowing red on Saturday night, just showing how much he dominated the Eagles midfield, and even Adam Simpson conceded after the game “there were moments when their midfield was on top or their forwards were on top and they made the most of their opportunities.”

Continuing his awesome form for the 2020 season, the All-Australian ruckman had one of the best games of his Eagles career tonight and was the spark that alighted multiple West Coast attacks.

He bullied Collingwood ruckman Brodie Grundy all game and showed that he can also play as an out and out midfielder, gaining 273 metres for the Eagles, 4 intercept marks, 5 inside 50s, and had 6 score involvements.

He was just superb and brought the Eagles into the game on multiple occasions.

And Brody Grundy is no pushover either.

Grundy tops this year’s stats tally for hitouts and hitouts to the advantage, but Nic Nait made him look like small bait on Saturday night, with the All-Australian hitting out 25 times, 7 of which were to the Eagles Advantage, compared to Grundy’s 18 hitouts.

Throughout the year the Eagles have utilised Nic Nait’s ability to win the ball, and stunned opposition, moving the ball quickly upfield to the forward line to score and turn momentum back in their favour.

And it was no different on Saturday night with the Eagles utilising this centre bounce tactic to put Collingwood on the back foot.

Plus it’s not just Liam Ryan who can pull off a big hanger, we’ve always known Nic Naitanui had a huge grab in him, and he took a monster of a snatch deep in the 3rd quarter that helped lump the pressure back on the Pies.

We hold our breath every time we see a high ball go up in Liam Ryan’s direction, and even if he doesn’t make the catch, it’s just pure thrill seeing him clamber over multiple defenders, wreaking havoc.

But the All-Australian’s reignited battle with Collingwood’s, Brayden Maynard was one of the highlights of the match, with the two scrapping like cat and dog for the duration of the game.

Similar to the monster whack Ryan gave Maynard in the 2018 grand final, he left a cruncher on the defender again which ignited scuffles around the ground and added a bit of tension to the game.

And it was the audacity of Ryan that got the Eagles fans going.

After juggling a wicked mark on the Collingwood arc, beating the Maynard to the ball, Ryan stuck a jibe back at Maynard, showing the ball to his face before walking back to kick the mark.

Absolutely no problem with Ryan showing the ball in fact actually like it and gets people emotionally involved either way but would have no problem with Maynard then giving him a clip. Heat of the moment stuff and it’s all fun

Liam Ryan was full of fire on Saturday kicking one goal, making 6 score involvements, and 6 marks, the most important of which came in deep in the Eagles defensive 50, getting over about 4 other players to take the defensive intercept.

He is just pure class to watch.

The Duggo and Hurn Show

Liam Duggan saw a lot of the footy on Saturday and linked-up well in a combination with Shannon Hurn, with both players rebounding upfield to get the ball back into the Pies half.

Bunga actually had a whopping 7 rebound 50s during the match, gaining 399 metres, second only to Jamie Cripps and it looked like he brought some physicality to the Eagles midfield, getting up high to bully the Pies attackers.

But has performed consistently for the Eagles this year, playing both a role at the back or in midfield he has shone for the Eagles and didn’t disappoint on Saturday night.

Duggo racked up 20 possessions, and it was his intercept that set up Jack Darling for the Eagles first of the night. Plus he came out of the blocks firing on all cylinders making 10 touches inside the first ten minutes of the match.

We’re keen to see where he’ll line up next year, whether he’ll start in the defence or in midfield, and as to whether he’ll keep that ripper of a mullet.

Boiling the game down, the Eagles might have pulled ahead of Collingwood if it weren’t for their ill-discipline and poor accuracy.

It’s uncharacteristic to see Josh Kennedy and Jack Darling miss from close range, and although the pair did rack up two hattricks between they missed a few convertible chances from set shots.

Adam Simpson in his post-game interview on Saturday.

In fairness and under the circumstances, these heat of the moment pressure shots are hard to make.

But we were also slightly incensed at some of the umpiring decisions that happened on Saturday night.

While the officials were spot on with the majority of their calls, Eagles fans in the Optus were aggrieved at some of the calls they failed to make.

Firstly, the match umpires were right to march Taylor Adams forward 50 metres after Oscar Allen struck him late and high in the first quarter, which led to a goal.

They were right to penalise Hurn for a high tackle on John Noble, which also led to a goal.

And Were correct to ping Luke Shuey for holding the ball which again led to another Pies goal in front of the sticks.

It was unlike the Eagles to be so reckless to concede this many freekicks in dangerous positions as the West Coast rank 15th in the league this season as having the least amount of free’s paid against them.

Even the most disciplined teams will succumb under the pressures of finals footy.

Yet, there were a few inconsistencies in some of the official’s calls.

They also failed to pay West Coast a fair freekick after Jamie Elliott was clearly caught holding the footy, similar to the Luke Shuey incident mentioned above, with Elliott managing dispose the footy to set up Hoskin-Elliott for his goal.

From our perspective, it was quite clearly holding the footy, but let us know what you think in the comments.

Inconsistent officiating aside, it came down to a mixture of in-accuracy, ill-discipline, and a gutsy display from Collingwood, that drew the curtain on the Eagles rollercoaster of a season.

Featured Image BY Flickerd // Nic Naitanui ball pick up during the AFL round five match between Carlton and West Coast on 21 April 2018 at the Melbourne Cricket Ground in Melbourne, Victoria. // (https://commons.wikimedia.org/wiki/File:Nic_Naitanui_ball_pick_up.jpg) // CC BY-SA (https://creativecommons.org/licenses/by-sa/4.0)