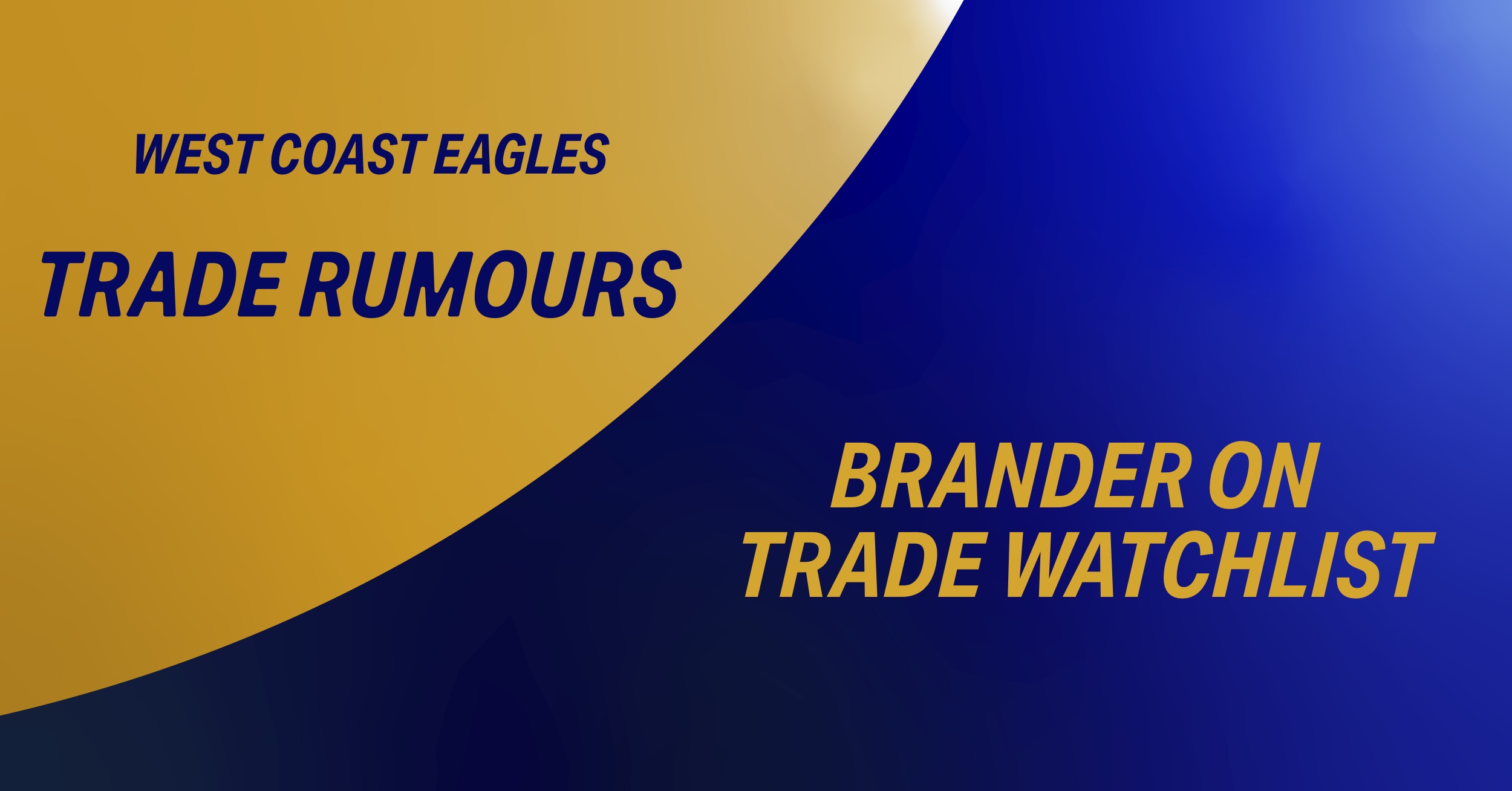 Jarrod Brander has become a topic of speculation this week after multiple rival clubs have started to sniff around at the 21-year-old’s availability.

Following a tough season, being unable to cement a spot in the Eagles 22, it seems Brander could be moving on from the West Coast this summer.

Brander joined the West Coast as a round 13 pick in the 2017 national draft and made his debut in 2018 against his old academy side, GWS.

After impressing for East Perth in the WAFL, Brander failed to pull the strings on the big stage, struggling to find a position for himself and lock in a consistent run of games for the Eagles.

After impressing for East Perth in the WAFL, Brander failed to pull the strings on the big stage, struggling to find a position for himself and lock in a consistent run of games for the Eagles.

And Brander was earmarked as a future long-term full-forward replacement for the Eagles marksman Josh Kennedy, but it seems playing a variety of positions, across the defence and attack, to finally landing on the wing, hasn’t helped Brander find his form.

Although looking at his height, strength, and ability to take balls coming in over the top, Brander could prove to be pretty destructive as a winger, with his size allowing him to create a mismatch against typically smaller wingman opposition.

But injuries haven’t weighed in Brander’s favour either.

After tearing his hamstring in 2019, and suffering a persistent hip injury this season, the Wingman has only featured in 8 of this years 18 premiership games.

So what’s next for Brander?

It looks as though the Eagles are currently well-stocked for forwards and defenders.

And with interest coming in from Geelong and Fremantle, Brander could potentially be exiting the club this summer.

Eagles Utility Jarrod Brander is on the watchlist for rivals. He is contracted but has struggled to break into there best 22 regularly. pic.twitter.com/LID8ca3Fib

This won’t be the first time the Cats have tried to snap up the Mildura man after they unsuccessfully tried to slip Brander into the blockbuster deal that brought Tim Kelly back WA in 2019.

The Cats are also potentially looking to bring in another winger after opting to play Paddy Dangerfield higher up the pitch this season.

A move to the Cats for Brander could also depend on whether Geelong can successfully steal Jeremy Cameron from the Giants.

In any event, the Eagles could utilise the trade to try and wangle Cats pacey defender Jordan Clark.

Although Clark will cost the Eagles a little extra, but the fee could be worth it, as the West Coast desperately need to add some more pace to their backline, after being slow to rebound and counter on teams throughout the year.

We also know Fremantle are in the hunt for a few new wingers, with multiple sources reporting the club have been eyeing up Brander for a while now.

With Brander’s contract running out at the end of next season, and rival clubs keeping tabs on the wingman, we may have seen the winger play his last game in blue and amber.