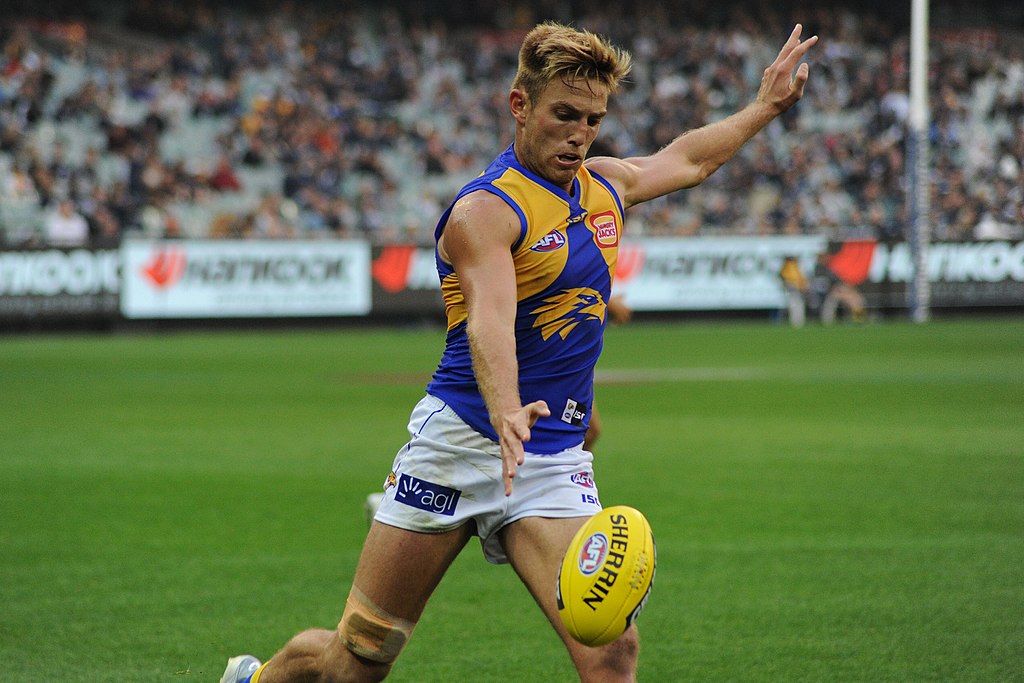 After a coronacoaster of a year of footy, the Eagles celebrated their season on Monday night at the Crown Hotel’s Grand Ballroom.

The coronavirus pandemic has caused chaos across the AFL and has hit clubs, staff, and players all very hard.

A lot of sacrifice and hard work has gone into putting on this year’s season and last night’s awards ceremony certainly celebrated the resilience and hard work of not only the players but the West Coast staff too.

Nic Naitanui was the talk of the night, receiving both the John Worsfold Medal and the Best in Finals Award for his dominant and impressive play in the Eagles’ elimination finals match against Collingwood.

Naitanui acknowledged the wider support and medical staff who have followed the players around throughout the year, giving credit to all those who have helped the Eagles achieve success on the pitch.

But while Naitanui stole the show, a number of other players were deservedly recognised for their contributions to the season, the first being defender Brad Sheppard.

Sheppard has had an awesome year at the back.

Often given little credit for what he does on the field, Shep has quietly gone to work shoring up the backline for the Eagles and leading by example for the younger players of the group.

Not missing a game all year, Sheppard has averaged 16 disposals and 6 marks per game, making him an instrumental component of the Eagles back six.

And after his impressive year, Sheppard has certainly been recognised for his work on the pitch, being awarded his maiden All-Australian green blazer.

He is also highly deserved of this year’s Chris Mainwaring award after coming third in the 2020 John Worsfold Medal race for the second year in a row.

After spending most of 2019 in the WAFL, Rotham has forced his way into an already well-equipped Eagles backline making 10 appearances for the West Coast in 2020.

And this year’s Emerging Talent award winner has only added to the robustness of the West Coast’s defence.

But the 22-year-old has also shown how versatile he can be too, getting a start in the half-forward line against North Melbourne in round 18, where Rotham proved himself pretty handy up top causing some problems for the North defence.

Yet, his strongest position is no doubt within the half-back line, with his best performance this season coming against GWS’s attackers, where he racked up 11 marks, 5 intercept marks, and 2 rebound 50s.

He’s certainly a player we’ll be keeping a close eye on next season.

This one was always going to be a cert.

The West Coast’s all-time leading goal scorer crossed a milestone of 600 career goals in 2019 and has gone on to better himself this year, adding another 34 goals to his impressive haul.

And while only making 17 appearances for the Eagles this season, Kennedy’s impressive tally of goals saw him come second in this year’s Coleman Medal race.

While Kennedy has impressed with the vat of goals he’s scored, the 33-year old has also has put over some vital clutch goals for the Eagles this year, spurring a comeback in round 17 against the Saints, while also putting a whopping 7 goals past the Pies in round 8.

After committing to the club for another year, we’re excited to see how many more goals Kennedy can add to his tally next season.

After playing his 150th game for the club in round 3 against Brisbane, Crippa cemented himself among club legends as he received his Life Membership Award on Monday night.

The Premiership Player arrived on the from St. Kilda in 2012 and has since gone on to cement himself as an integral part of the Eagles’ front 6.

Crippa racked up 9 goals this year but missed out on a few games late in the season after he left the Queensland hub to celebrate the birth of his first child.

He made it back for the elimination final against Collingwood, where he had a blinder of a game racking up 17 possessions, 7 inside 50s, and 7 score involvements.