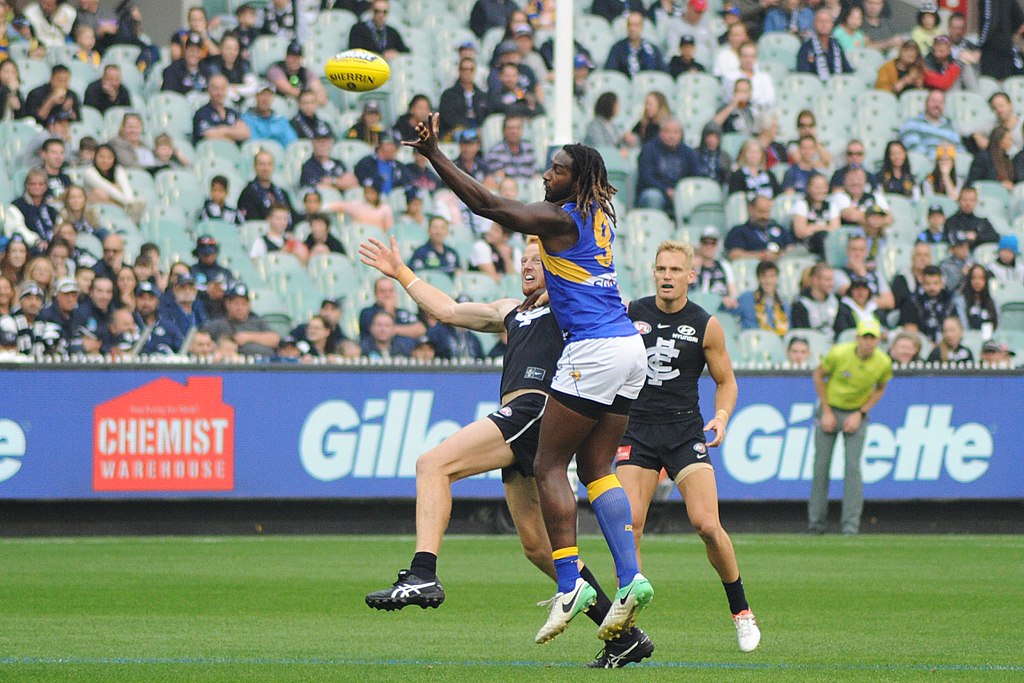 After one of his best years on record, Nic Naitanui was recognised for his contributions on the pitch, receiving the 2020 John Worsfold Medal at last night’s awards ceremony.

The Eagles hosted their annual end of season awards evening on Monday night at the Crown Hotel Grand Ballroom in Perth.

Nick Naitanui was the star of the show picking up the 2020 John Worsfold Medal for the first time in his career.

In front of a crowd of 600 people, the 2-time All-Australian was commended for what’s been one of the ruckman’s best seasons on record.

Naitanui has done it all this season and aside from his dominance at the ruck, his athleticism around the pitch and aerial presence in defence and attack has been instrumental in catapulting the West Coast into this year’s finals.

“It’s a massive honour to receive this,” Naitanui acknowledged in acceptance of the award.

“The guys that have come before me and won it have been some of the legends and some of the household names of the footy club.”

Averaging a whopping 29 hit-outs per game, making him the second-highest in the league this year for hit-outs this year, the 2020 All-Australian has won some vital ball for the Eagles this season and has cemented himself as perhaps the best ruckman in the AFL this year.

And after spending a large proportion of 2018 and 2019 on the sidelines due to injury, he admitted the time off the field in the medics room and coaches’ box helped him gain a different perspective on the position.

“I think spending that time in the coaches’ box for a couple of years as well helped me pick up some little tricks that I could use when I did come back to playing footy,” Naitanui said.

“I think (I have) more ruck smarts now. (There’s) more substance to how I ruck.”

He also revealed he’d been taking some tips and advice from ruck legend Dean Cox admitting, “I was lucky that I got to see Dean Cox late in his career.”

“He’s someone I still speak to every couple of weeks for some of his ruck knowledge, but also how to deter others or how to combat others that try and nullify you on game day.”

“That’s going to continue to help me for the last few years of playing footy.”

We were initially concerned about Naitanui’s fitness this season after his injury woes caused him to spend an extended period of time away from the pitch.

But after missing only one game this year, we were impressed at Naitanui’s fitness, which has contributed to his excellent form this season.

“The body feels good and if I continue to be diligent with my rehab I’ll be right to go on for the next few years,” he said following the medal ceremony.

“I think this was my most consistent season.”

The marquee man is one of a crop of players who have had a seriously impressive year for the Eagles, with the 6”7’ ruckman only just besting the ever-impressive Andrew Gaff to the John Worsfold medal.

2015 Club Champion, Gaff, finished second in the Worsfold Medal race, just missing out on the top spot by 2 points.

And Gaff initially had a 3 vote lead on Naitanui heading into the final game of the season against Collingwood.

But it was Naitanui’s imperious performance in that elimination final loss that swung the voting, with Nic Nait winning by 194 votes to Gaff’s 192.

An impressive tally of votes, considering Naitanui played one less game than Gaff this season.

Closely behind the pair on 163 votes came the 2020 Chris Mainwaring medalist Brad Sheppard, who has also had a fantastic year alongside Tom Barrass at the back, who nicked the 4th place spot on 154 votes.

Young star Liam Duggan, who’s kicked his game into a new gear this season, picked up 152 votes and took the fifth spot on the ladder.

Although 2020 ended on a sour note for the team, Naitanui suggested the Eagles’ elimination finals woes will be a motivational force for the squad to kick on next year, “the guys are still pretty hungry and are rearing to go next year.”

“Although we didn’t get it done, I think we can pretty comfortably say that we put every best effort forward.”

It’s an exciting time to be an Eagles fan and hopefully we’ll see the team kick on next year and bring some silverware back to WA.