Clubs Left In Limbo As AFL Stall On List Sizes 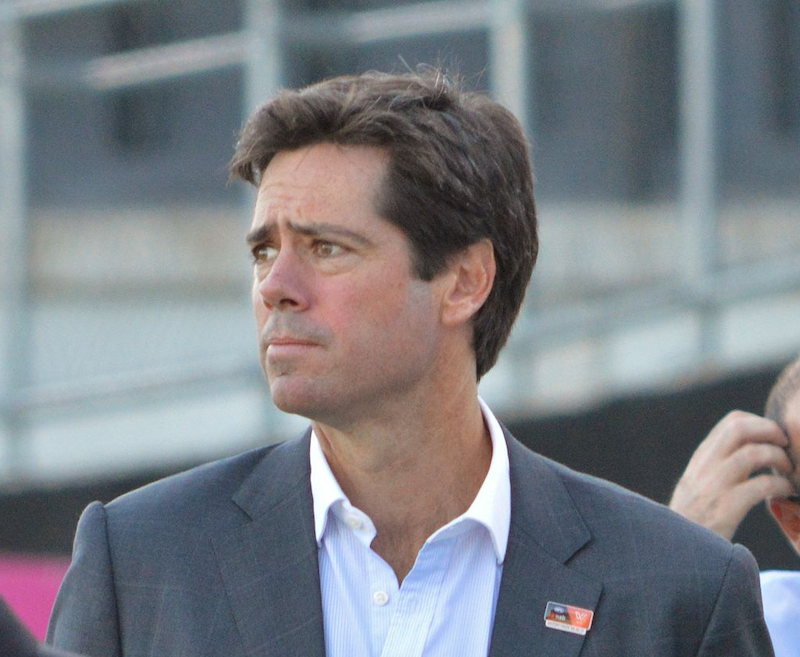 Debates around free agency continue to be the sticking point as we await confirmation on numbers for next year’s salary cap and list sizes.

With the free agency period kicking off tomorrow and the AFL trade period starting on Wednesday, the AFL have left clubs hanging in limbo on salary caps and list sizes.

Multiple West Coast players are still without a contract and will remain so until the AFL makes a decision on how many players each club can have on their books.

The number is expected to go down from the 2020 season and the Eagles are currently holding off on making any decisions on player futures until the AFL have confirmed list numbers for the 2021 season.

Unfortunately for the Eagles, and many other clubs in the League, it seems the AFL are still no closer to finalising a decision, with CEO Gillon McLachlan stating, “short answer is I don’t know.”

“Discussions are ongoing with the players association. They’re not probably progressing at light-speed, but we’ll get there and clearly, it would be better to know that prior to the trade period, I accept that,” McLachlan said to the AFL.com.au’s Footy Feed.

We understand the AFL are looking to alter the Collective Bargaining Agreement, made between them and the AFLPA, that confirms the number of players and minimum player payments on each club’s roster, but it appears a few other sticking points have arisen during the negotiations.

“In that negotiation I think various things have been thrown up apart from just the list sizes and payment structure. There’s all sorts of things they’re talking about which complicate the discussion and they haven’t reached an agreement,” Eagles General Manager Craig Vozzo said to the Eagles club website.

One discussion point is the free agency system which has been criticised of late after Joe Daniher and 2020’s highest-paid player, Jeremy Cameron, both nominated top four clubs as their trade preferences.

Like a pot of marmite, you either love or hate the free agency trade period.

It’s a chance for players to move on or revitalise their careers and can be beneficial for clubs to untether some dead wood from their roster.

But it can work in the opposite way, and some have criticised the period as being unfair with the top clubs being able to utilise their power to lure the best free-agents in.

“I understand the argument and things do get looked at from time to time, but I don’t think free agency is distorting the competition,” McLachlan said on SEN’s Whateley last week.

“People focus on free agency, I don’t think the broad set of data supports that it’s distorting the competition despite Cameron being a good player and going to a team in the Grand Final.”

The argument is somewhat nonsensical as of course players are going to want to play the best standard of footy for the best clubs.

Plus the lure of a big pay check plays a huge part in a player’s relocation choices.

Put it this way, players have only a short career, and I don’t blame them for wanting to scramble at the big bucks.

And as McLachlan states, perhaps the onus should be more on the clubs to provide an attractive environment to entice the best players.

Despite Brisbane coming second in the league this year, you could commend them on doing everything in their power to beat other clubs to Joe Danhier, inviting him for a tour of the facilities and offering him what we understand to be a fairly lucrative payment package.

“There’s a couple of outliers with great players going to really good clubs who have made them better but it’s incumbent on all the other clubs to create an environment and an offer and a package and theoretically use their salary cap because they should be able to use it better than the team in the Grand Final to attract them,” McLachlan said to AFL.com.au.

Although there is a lot to discuss, including the structure of next year’s season following 2020’s distorted year, there are currently more pressing issues on the AFL’s agenda right now.

With the start of the trade period looming, clubs need to have confirmations in place from the League as to how many players they can have on their list.

“We need to know the numbers we’re dealing with, both in terms of the list size and how much capacity we’ve got to pay,” said Craig Vozzo.

Hopefully, we should hear an official announcement from the AFL before this coming Wednesday.