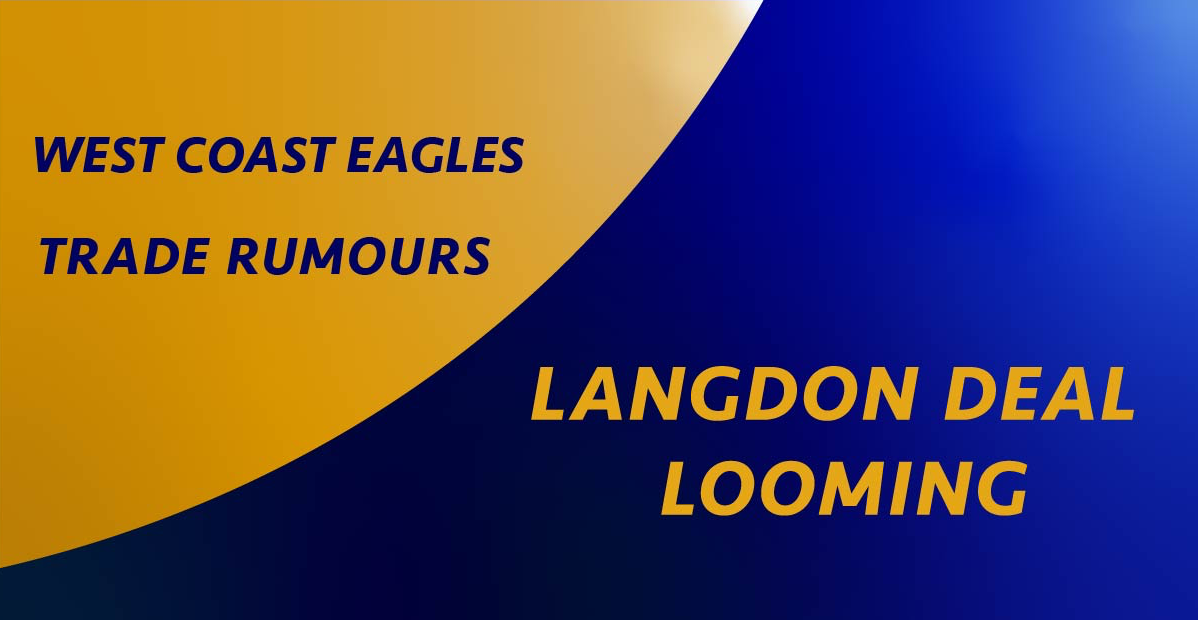 GWS speedster set to join the Eagles this Wednesday.

The news comes after General Manager Craig Vozzo confirmed last week to the club website that the Eagles had offered Langdon a contract.

With the AFL Trade Period set to kick off this Wednesday, it looks like the Eagles could have a deal done early on in the window, after rumors that Langdon could return to Perth having been in circulation for some time now.

And last week we finally got some clarity on the matter with Vozzo confirming the ex-Claremont hot-stepper has nominated the Eagles as his preferred club.

“Zac is keen to come back to Perth and play for the Eagles and we’re keen to have him on board,” Vozzo said to the club website.

24-year-old Langdon has had a couple of tough years at GWS, after a belter of a rookie season in 2018, kicking 21 goals in 21 games for the Giants.

Although 2019 took a sour turn for the inventive small forward, who missed the majority of the season due to a syndesmosis injury.

But it looks like he could be a useful addition to the Eagles squad, with the West Coast’s small forward options looking pretty barren with Nic Read and Anthony Treacy departing the club this last week, Willie Rioli’s future still on suspension and with his future at the club still uncertain, and Daniel Venables unlikely to make a return for some time due to ongoing concussion issues.

Langdon’s silky skills and ability to push high up the ground makes him an exciting prospect for the Eagles and could link up well with Josh Kennedy and Oscar Allen in the forward line to provide diversity to the Eagles attack.

“We’re confident that should be a fairly straightforward deal.”

And it looks like trade negotiations are progressing nicely, with the Giants succumbing to the reality that the out of contract Langdon will be leaving the club this summer, after the West Coast reportedly laid down a longer and more lucrative contract.

With a giant exodus underway at GWS, with Zac Williams, Jye Caldwell, Jeremy Cameron, Aiden Corr, and Jackson Hatley all vacating the club, it looks highly likely Langdon will become the sixth player to leave the Giants this summer.