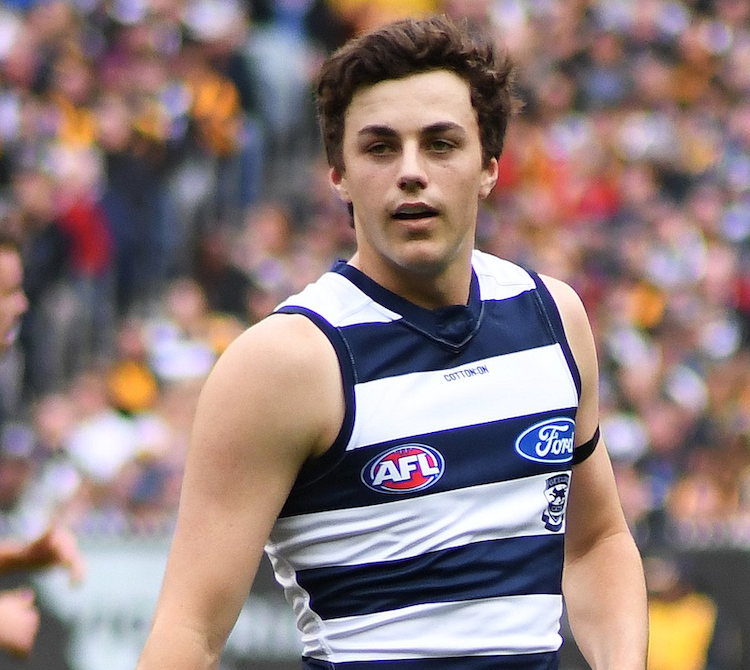 Rounding up all the latest news and trade rumours as we head into this year’s trade period.

Despite Adam Simpson stating we would be in for a much quieter trade period this year, there’s been no let up in the number of players the Eagles have been linked with.

With the Eagles keeping tabs on two Cats, a defender to provide some future backup, and the possibility of another Cripps coming to the Coast, things could get a little interesting for the West Coast over the next couple of weeks.

Trade whispers have been gathering some momentum around the possibility of a swap deal between Jordan Clark and Jarrod Brander.

Brander had a pretty strong start to the 2020 season, appearing in the Eagles opening 4 games but failed to cement a spot in the Eagles 22, coming back late on in the season to make just four more appearances, being dropped before this year’s finals campaign.

But with Brander’s contract up at the end of 2021, we could see the athletic key-position player leaving the Eagles this summer if an appropriate bid comes in for him.

“He’s a required player and a contracted player at the Eagles, but if there were a compelling offer to come from somewhere else, they would certainly look at it.”

“With their key posts well-stocked, it looks like he’ll have to reinvent himself to get into that best 22 at the West Coast.”

One club looking to strengthen in key-position players at both ends of the pitch is Geelong who’ve been sniffing at Brander’s availability for some time now.

Their interest has drawn some speculation of whether the West Coast could swap Brander for Cats speedster Jordan Clark.

Clark, who showed off his gas this year winning the Grand Final Sprint, was drafted to Geelong in 2018 and made 18 appearances for the Cats, scoring 11 goals in his rookie season.

However, elbow and shoulder injuries saw the ex-Claremont midfielder sit out the majority of the 2020 campaign, playing just 3 games for Geelong this year.

With the Eagles looking to pick up some pace in the centre of the park, Clark’s surging runs could inject some speed into the West Coast’s midfield next season.

Plus with Isaac Smith signing for Geelong on the wing, Clark’s chances of getting a consistent run of games for the Cats are likely to be further dampened, feeding more fuel to the fire that the rapid midfielder could be on his way back home to Western Australia.

But this could all be wishful thinking, with Eagles General Manager Craig Vozzo admitting it was more unlikely than likely that Geelong would let Clark go.

“He’s a wonderful young talent but he’s very much committed in terms of a two-year contract to Geelong and my understanding is they’re keen to retain him. I haven’t heard anything to the contrary,” Vozzo said to the club website.

Clark has a year to run on his contract and if I was Chris Scott, I’d be eager to hang onto the pacey midfielder, as Geelong, like the West Coast, could do with a little extra gas in their midfield.

Similarly, with Shannon Hurn set to retire next year and Will Schofield leaving the club this summer, Adam Simpson may want to hang onto Jarrod Brander to fill-in the void left by the vacating defenders.

Although we’re still not ruling out a swap deal just yet.

With both players looking to get more game-time and the potential to move back to their home states, this is one whisper we’ll be keeping an eye on over the next week.

Quinton Narkle – Out Of Contract

It’s all eyes on the Cattery at the moment, with the Eagles also keeping tabs on Geelong’s out of contract Quinton Narkle.

Originally from WA, the 22-year-old hot-stepping midfielder was signed by Geelong as a 60th round pick in the 2016 draft.

Narkle has had a pretty stop-start beginning to his AFL career, with the midfielder only making 17 appearances in 3 seasons for the Cats, after suffering several injuries and struggling to break into Geelong’s star-studded midfield of Patrick Dangerfield, Joel Selwood and Gary Ablett.

Known for his endurance and ability to win the ball on the deck, Narkle could fit in well to the Eagles midfield, with the pacey midfielder being a good option to help the Eagles rebound and counter on teams through the middle of the park.

And it seems Gary Ablett’s vacant midfield position, hasn’t as yet, been enough to spur the Cats into extending Narkle’s contract.

“He (Narkle) is just waiting and has been told to wait until list sizes and salary caps are finalised, North Melbourne may come in and say we rate you as the 15-20th best player on our list,” said Mitch Cleary to SEN’s Brendon Goddard and Julian De Stoop.

“The longer it gets dragged out, the longer a player like Quinton Narkle would look around at his options and look to secure himself.”

Although Narkle could be a useful asset to the West Coast, he might perhaps be surplus to Eagles’ midfield requirements.

But with Narkle’s future still in the balance and his cheap price tag, he’s certainly a talent that the Eagles should also be keeping an eye on this summer.

“The Cats have given him no guarantees at this point,” said Cleary.

With Will Schofield’s hanging up his boots this summer and Shannon Hurn likely to follow suit at the end of 2021, the Eagles are keeping a close eye on defensive replacements for the pair.

Out-of-favour Lions defender Alex Witherden has been on the Eagles’ radar for the past few weeks, and with 2 years left on his contract, the West Coast could be set to pounce on the young defender.

Witherden signed a contract extension earlier in the year but has struggled to break into the Lions 22 with Callum Ah Chee and Grant Birchall keeping Witherden out of the side.

But the young defender has already proven himself on the big stage, playing 23 games in 2019, averaging an impressive 18 disposals and 6 marks per game.

Known for his aerial strength and ability to spoil attacks, Witherden is rather surprisingly ranked 4th for the 2020 season for the most number of marks per game, despite only making 6 appearances for the year.

We think he’d be a great option to bolster the Eagles defence although, the West Coast will have to do some bartering to wriggle him out of his current 2-year contract.

Let’s be honest, this was always going to be more of a pipe dream than a reality.

The Carlton co-captain, Cripps, is another player who is yet to be offered a new contract with the midfielder set to become a restricted free agent at the end of the 2021 season.

And this isn’t the first time we’ve heard rumours that the Western Australian could be looking to make a move home to Perth.

This time round though the rumours seemed to have been a bit more convincing, with concern arising over Cripps’ future after Carlton stalled on offering their marquee midfielder a new deal.

“I think there’s always a bit of a concern,” Stephen Silvagni said on SEN Breakfast.

“But he’s the captain of the football club so I think that comes into play massively I reckon.”

“I think a lot really depends on Carlton’s season next year – that would I think have a fair bearing on Patrick’s decision…he would dearly love to play finals,” said Silvagni.

We hate to burst the bubble, but even though Carlton are walking fine tightrope by not offering Crips a new contract, it is very unlikely Patrick Cripps would make a move to the West Coast this season.

Despite Cripps being a 2-time All-Australian, the midfielder has never played in a finals campaign with Carlton and you might say has unfinished business to try and bring some success back to the club.

We won’t rule out the possibility Cripps could join his cousin Jamie at the West Coast in 2022, but for now, we’re pretty certain Cripps isn’t going anywhere, just yet…

How important is it to Carlton's fortunes that Patrick Cripps re-signs before the start of next season?

Tom Hickey – Bound For The Swans.

Someone who will be moving on this summer is back-up Eagles ruckman Tom Hickey.

After Hickey failed to break into the Eagles 22 this season, we’re expecting a deal to be announced shortly confirming Hickey’s departure from the West Coast to Sydney.

With Sam Naismith and Michael Knoll now confirmed to have been delisted by the Swans, Charlie Gardiner has been looking to bring in an experienced ruckman to provide support to Sydney’s first choice Callum Sinclair.

And 29-year-old Hickey looks a cert to be relocating to Sydney, after having already held contract discussions with Gardiner.

We’ll be back with more trade updates and gossip as the week progresses! Stay tuned!