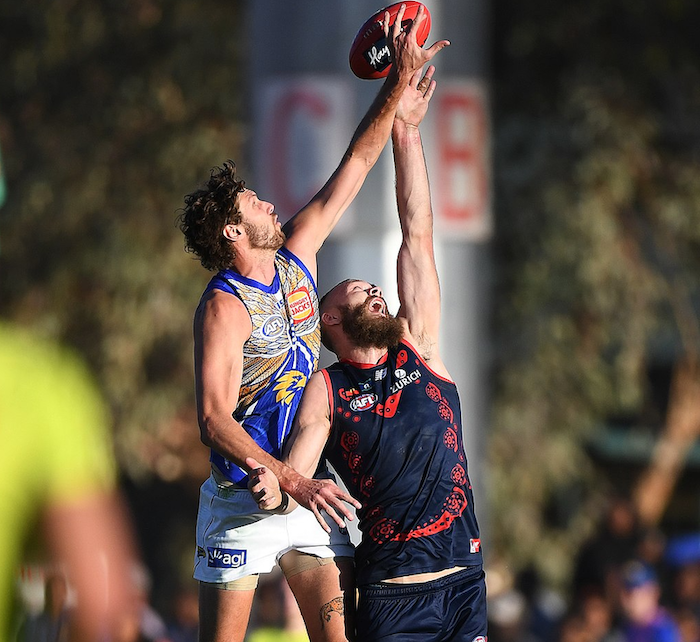 In a deal that has been brewing for some time, backup West Coast ruckman, Tom Hickey, will depart the club for the Sydney Swans in a deal that will see the Eagles trade picks 34 and 60 for pick 58, pick 62, a future second-round selection tied to Port Adelaide and a future round 3 pick.

After the Swans have been hit hard by injuries and departing players, Hickey is a welcomed addition to the Sydney list and will provide cover to Callum Sinclair and Sam Naismith.

And despite being contracted to the Eagles until the end of the 2021 season, Hickey requested a move away from the West Coast after only making 3 appearances for the Eagles this year.

The 29-year-old joined the club from St Kilda as a replacement for the departing Scott Lycett in 2018 and provided much-needed cover for an injured Nic Naitanui, recovering from his second knee construction surgery.

Hickey played a vital part in the Eagles squad in the following 2019 season, playing 20 games for the team, scoring 9 goals, and averaging 20 hit-outs per game.

He became an important asset to the West Coast in the absence of Naitanui, but failed to recover his 2019 form in 2020, playing just three games for the club, with selectors favouring Oscar Allen and Bailey Williams as backup ruckmen to the recovered Nic Naitanui.

Thank you Tom, all the best to you, Chloe & Lou! pic.twitter.com/xMquyUwWXh

“Although Tom was contracted for another season he came to the club and expressed a desire to be closer to family on the east coast, and believed he would find more opportunity to play at Sydney,” List Manager Darren Glass said.

“We were able to negotiate a trade with the Swans which has helped us achieve a stronger hand in next year’s draft, which was always part of our strategy, and we are confident in our ruck depth going forward.”

“We thank Tom for his efforts over the past two seasons and wish him and his family all the best for the future.”

Hickey’s departure has certainly helped the Eagles secure a much more favourable position in the 2021 draft, now holding round 1, 2, and 3 picks, as well as Port Adelaide’s round 2 pick and Sydney’s round 3 selection.