To Little Too Late? Afl List Sizes To Be Confirmed Next Week. 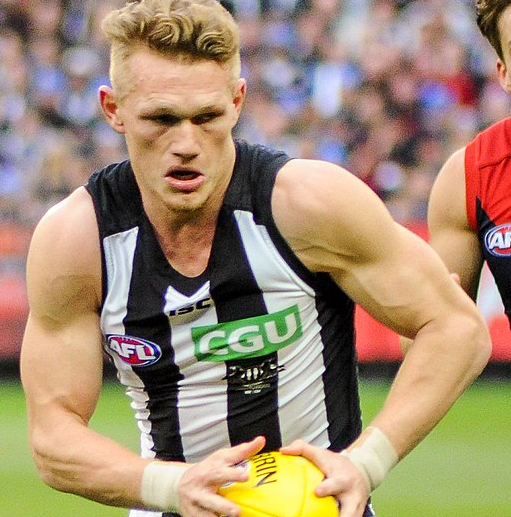 The AFL have finally reached a decision to cut salary caps by approximately 10% and list sizes by 2 players.

It’s been chaos at Collingwood over the past few weeks.

Feeling the heat of a massive salary cap crunch, it looks like the Pies have tried to shift some weight off their balance sheet, only to their own detriment.

We reckon they’ve had one of the worst trade periods in AFL history, forcing four players out the door, to receive little compensation in return, while also making zero signings over the past week.

The most baffling of all is the Adam Treloar trade, one of Collingwood’s most influential midfielders, who wreaked havoc on the West Coast in last season’s elimination final.

And although Collingwood gained pick No.14 for the roaming midfielder, they had to part ways with picks No.26, 33, and 42 in order to force the trade through.

But why the rush to get rid of players like Treloar? Well, we took a look at their wage bill and it’s pretty astronomical.

Collingwood are currently paying Mason Cox and Tom Phillips $500,000+ per year, after originally offering the two attackers lucrative deals to keep them at the club.

Jaidyn Stephenson, the electric rising star who has now been booted from the Pies ranks, was reported to be earning a whopping $600,000+ per year at just 21-years of age.

At the top end, the Pie’s biggest earners, Brodie Grundy and Jordan De Goey, are reported to be earning over $1 million per year, which is understandable considering their caliber.

2-time premiership winner, David King, told Trading Day, that the Pies had misjudged their spending and made multiple poor calls when analyzing their player’s worth, ultimately causing this spending crunch to arise.

Despite the Pie’s poor negotiation and wild spending, you could argue it’s not all been Collingwood’s fault, perhaps some blame rests on the AFL.

After failing to agree on salary cap limits and list size numbers before the trade period began, the AFL have left many clubs and players hanging in list-size-limbo.

Gillon McLachlan stated two weeks ago that, “discussions are ongoing with the players association. They’re not probably progressing at light-speed, but we’ll get there and clearly, it would be better to know that prior to the trade period, I accept that,”

Clubs were confident they’d have the numbers confirmed before the trade period began, but the delay has meant players have been placed under a veil of uncertainty, guessing at whether their contract will be renewed.

And trying to build a squad for next season with an uncertain limit of players and budget has been pretty difficult for clubs juggling their finances and player expectations.

“It’s difficult not knowing what the list spots are,” Swan’s chief executive Tom Harley said to SEN on Monday, “particularly when you’re trading in future (draft) picks as well.”

“The hardest part has not been having answers. There’s always uncertainty for the boys when they’re out-of-contract or up for a trade. This year, no one’s got any answers.”

Melbourne chief executive Gary Pert called the situation “bizarre”, that clubs were “negotiating to build our list for a hypothetical number.”

But some news is expected to come next Wednesday, all be it too little too late.

The Age reported on Thursday, that the AFL would be reducing minimum list sizes from 38 to 37 with clubs allowed a maximum of 44 players, including rookies.

The figures are expected to be officially announced on Wednesday, but it seems players will receive some clarity on the situation before that at the annual AFLPA meeting on Tuesday.

Rumour has it that the salary cap is expected to take a cut of around 10%, and clubs will be responsible for making the reduction to player contracts.

Obviously though, after the time and work it takes clubs to get players into a position to agree on their contracts, clubs will be slightly incensed at the changes the AFL are forcing them to make, particularly after they have battled this year to try and save money during the pandemic.

For the Eagles, the out-of-contract Brendon Ah Chee, Jarrod Brander, Mark Hutchings, and Lewis Jetta are yet to be offered a new deals by the West Coast, who are ultimately waiting for list sizes to be confirmed.