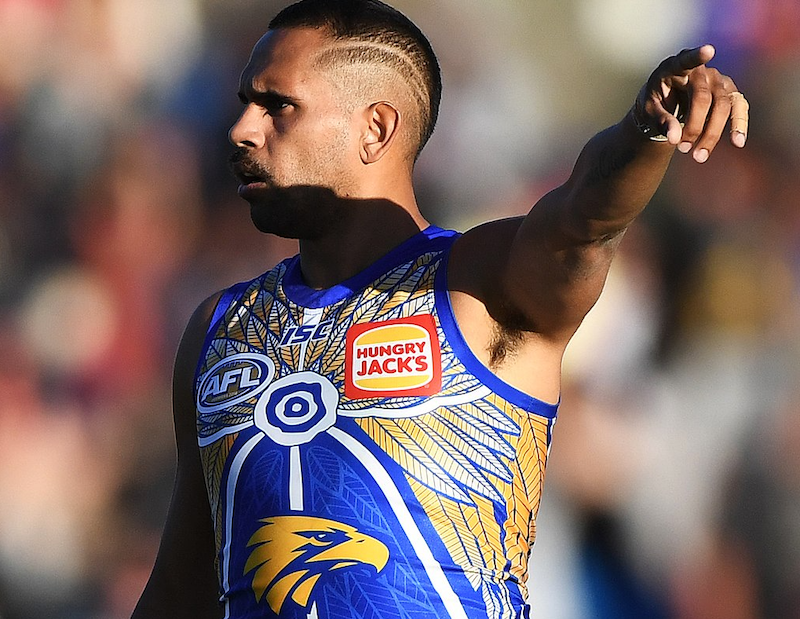 Following the confirmation of list sizes, Lewis Jetta will not be offered a new contract for the 2021 season.

As the AFL confirmed salary caps and list sizes will be slashed for the 2021 AFL season, the West Coast announced today that veteran defender Lewis Jetta will be departing the club this summer.

The 31-year-old dual-premiership winner joined the Eagles in 2016 after making 127 appearances for Sydney.

Jetta struggled at first to break into the Eagles 22, making only 12 appearances in 2016 and 15 in 2017, but after shifting positions from midfield to the backline, he found his form in 2018 and was an integral part of the Eagles premiership-winning team that year.

The 2018 Chris Mainwaring winner thrived running out from the back and stood up in some big moments for the Eagles, most notably in that 2018 qualifying finals game against Collingwood where the defender’s hot-stepping feet helped him make some space and kick a crucial goal in the final quarter that spurred the Eagles on to secure the 2018 flag.

But after suffering from a recurring calf injury this season, plus with a new crop of young players competing for the back six positions at the club, Jetta subsequently lost his place in the Eagles 22, making only 6 appearances for the club in 2020.

After coming to the end of his contract questions were raised on whether Bunbury-born Jetta would be offered a new contract along with fellow Eagles vets Josh Kennedy and Shannon Hurn.

And the signing of rebounding defender Alex Witherden last week gave the suspicion that Jetta had lost his space at the club and that suspicion was confirmed today following an announcement from the West Coast that Jetta’s contract would not be renewed.

“It is always a very difficult time of the year that has been made more complex this year due to the uncertainties around AFL list sizes etc. Unfortunately we are not in a position to offer Lewis an opportunity beyond this year,” General Manager Craig Vozzo said to the club website today.

“Lewis has been a highly valued member of our playing group for the last six years and will always be fondly remembered as a Chris Mainwaring medallist and a premiership player.”

“We thank Lewis for his contribution to the club and wish him and his young family every success as he moves into the next phase of his life. His vibrant smile and personality will be missed around the place.”

The fast-running rebounding half-back played his 200th AFL Career game in round four against Port Adelaide and has always been a leader in the camp, using his experience, taking the younger boys like Liam Ryan under his wing, ultimately helping Ryan to develop into the aerial wizard he is today.

Featured Image: Lewis Jetta 2019.8 by Flickerd // https://commons.wikimedia.org/wiki/File:Lewis_Jetta_2019.8.jpg // Licensed with CC BY-SA 4.0. To view a copy of this license, visit https://creativecommons.org/licenses/by-sa/4.0