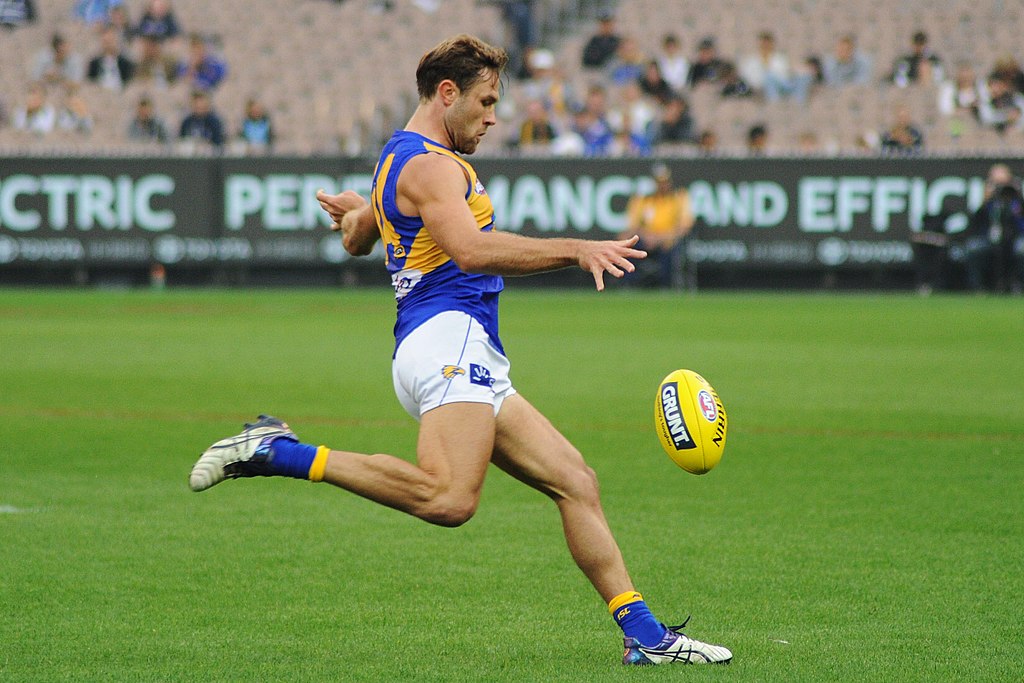 Nathan Vardy, Mark Hutchings, Brendon Ah Chee, and Jermaine Jones have agreed terms that will keep them at the club until 2021.

With salary cap and list sizes now confirmed, the Eagles have announced contract extensions for four players who have been left in contract limbo over the past few weeks.

Young defender Harry Edwards has also now been moved up to the primary list, the West Coast have been able to adjust their squad numbers with Nathan Vardy and Mark Hutchings both signing a one-year deals.

“Firstly, we have upgraded Harry to our senior list after two years as a rookie, which is a reflection of his encouraging development and we believe there is a bright future ahead for him after his AFL debut this year,” Glass said to the club website.

The 2017 Chris Mainwaring medalist, Hutchings, suffered a series of knee and hamstring injuries last season that saw him make just 3 appearances for the club.

The premiership winning tagger will be moved to the rookie list this season but is likely to be fit for the start of the year, after just missing out on making a comeback for the

Meanwhile 29-year-old ruckman, Vardy had a very similar 2020, not featuring for the Eagles at all this year, with Nic Naitanui having a stand out season keeping him out of the side during the early part of the year, while also suffering a compartment syndrome injury that saw him sit out the remainder of the season.

“Nathan endured a tough time this season with that nasty leg injury, and his experience will continue to be important for our ruck division,” Glass told the club website.

Quite remarkably, this will become the 8th one-year contract the 26-year-old will have signed in the past 10 years.

“It will make it a whole 10 years that I’ve been in the AFL, so I’m very happy and very relieved to still have a job at the club,” Ah Chee told 6PR.

Moving positions from midfield to the half-forward position, Ah Chee had a breakout year in 2020 playing 16 out of 18 games, while scoring 6 goals for the Eagles.

And there was some uncertainty on whether the half-forward would be signing a new contract for the 2021 season, despite him having an awesome year in the forward 50.

“The club has been really good about it,” Ah Chee said. “A lot of it was outside their control to be honest. There was a lot of uncertainty and I don’t envy Darren Glass in his first year of being list manager and what he had to go through with this kind of stuff.”

“I assume that I’ll be forward again. Just to be able to learn off JK (Josh Kennedy) and Jack Darling, even probably more specifically Jamie Cripps, the way he plays that high half-forward role is probably the best in the competition.”

Finally young forward Jermaine Jones will also extend his rookie contract for another year, after playing 2 games for the West Coast Last season before he suffered a series of hamstring issues causing him to sit out the remainder of the season.

“Brendon and Jamaine both showed good signs this season playing in attack and will remain on our rookie list for next year,” said Darren Glass.

“Mark (Hutchings) has also been very patient while we worked through our list composition and with primary list spots reduced we have shifted him onto the rookie list.”

“He had a challenging year on the injury front but is a true professional and we are confident he has plenty to offer our group in 2021.”

Mark Hutchings kicking.1.jpg by Flickerd // https://commons.wikimedia.org/w/index.php?curid=69444100 // Licensed with CC BY-SA 4.0. To view a copy of this license, visit https://creativecommons.org/licenses/by-sa/4.0Download permissions