6 Takeaways From Sunday’s Win Against The Gold Coast 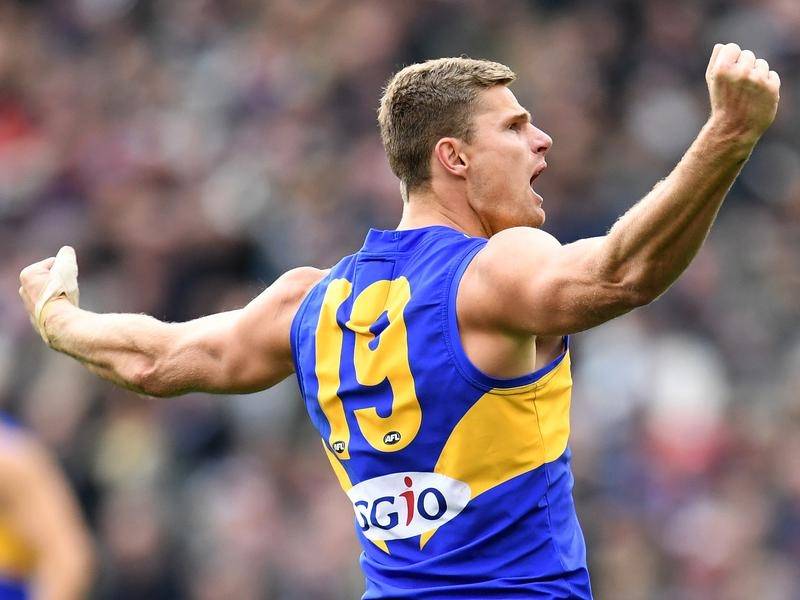 From Zac Langdon’s debut to Shannon Hurn’s disposal count, here are six things we learnt from this weekend’s win against the Gold Coast.

Summer signing Zac Langdon was thrust straight into the action at the Optus Stadium and didn’t disappoint on debut.

The small-forward was composed when he got his hands on the ball, recording an impressive 75% disposal efficiency and combined well with Dom Sheed to move the ball into the Suns’ 50 in the later stages of the match.

Langdon worked hard to get into space and caused problems in the Suns defensive line, pulling defenders out of position to make five score involvements and an assist during the match.

Tim Kelly – The spark in midfield

Putting his hand up as one of the best Eagles afield, Kelly thrived at the stoppage, driving the ball upfield in what’s become a trademark move for the gun midfielder.

Racking up an impressive 13 score involvements and nine inside 50s during the match, Kelly’s service into the Suns’ danger zone was impeccable and made him one of the best Eagles afield.

“I love delivering the ball inside 50. It’s something I pride myself on,” Kelly said in a press conference after the match.

Josh Kennedy, Oscar Allen, and Jack Darling were imperious up top for the West Coast.

Gelling well inside the Suns’ 50, the Eagles trio controlled the play and drew Gold Coast defenders Sam Collins and Charlie Ballard out of position to open up space in front of goal.

With Josh Kennedy sitting higher up the field, attracting most of the Suns’ attention, Oscar Allen and Jack Darling dropped deeper and found more space to gather balls coming over the top.

Allen was particularly impressive in front of the sticks and looks to have added a few more facets to his game, gambling to take advantage of multiple defensive errors, taking several superb marks, and improving his accuracy in front of goal.

Liam Duggan – Claiming a spot in the midfield?

Rebounding half-back Liam Duggan finally got his chance to play higher up the field on Sunday.

And it looks like he’ll have left a few selection headaches for Adam Simpson when midfielders Luke Shuey and Elliot Yeo return to full fitness.

“We sort-of pre-empted we were going to need Liam in the midfield about 6 or 7 weeks ago when Luke (Shuey) was injured, and Elliot (Yeo) was looking like he wasn’t going to play the first bit of the year,” Simpson told the club website yesterday.

Duggan took his chance in midfield, linking up well with Jack Redden and Dom Sheed to record 23 possessions, three score involvements, and two inside 50s.

“It was a bit of a backup for us, and luckily he’s stepped into it pretty well,” Simpson said.

“When they all come back to full complement, it’ll be a great problem to have knowing that we’ve got a guy who can play in the midfield and drop back.”

As you’d expect, the stalwart of the Eagles backline was solid on Sunday afternoon.

Even with the sun in his eyes, Hurn took an impressive 12 marks while making a whopping 31 disposals to 93% efficiency.

Leading from the front, the 33-year-old showed off his attacking abilities, too, penetrating the Gold Coast midfield several times to rebound upfield and chip three inside 50s into the Suns’ danger zone.

Tom Barrass and Jeremy McGovern were also superb at the back, working alongside Hurn to take 28 marks between them.

But after taking a nasty whack on his left knee in the third term, McGovern was taken off the pitch for a medical assessment.

In his post-match press conference, Adam Simpson dispelled any injury concerns stating it was “just a knee on knee bump. I don’t think we had any real issues from an injury point-of-view.”

“Sometimes when you captain the side, you feel like you’ve got to do that extra bit, but he just played his normal game, and he’s developed into a really, really solid leader for us. He’s a standalone vice-captain, and he stood up today, along with all our backs.”

Nathan Vardy Bags his first goal in over a year

Working hard to get back into the Eagles side after missing the entirety of the 2020 season, ruckman Nathan Vardy got his first start in over 12 months and was rewarded with a goal too.

“It’s nice to be back. It’s obviously been a little while. I think my last game was in the middle of 2019,” the Eagles ruckman said in an interview after the match.

Hear from Nathan Vardy after our win over Gold Coast. pic.twitter.com/AeCQfcivyT

Vardy, who suffered a frightening compartment injury in a scratch match last season, reached well above his 200cm stature to claim a high bomb from Oscar Allen, just off the back of the goal square.

Beating four defenders to the mark, the premiership ruckman made no mistake kicking the ball from a tight angle to give the Eagles a bit of breathing room in the final quarter.

“It was probably a little bit of brilliance early from centre bounces that got us some deep entries and were able to convert from there,” Vardy said.

“Then Gold Coast just got their game going a bit with a few chip-marks and tried to kick around us a little bit. We just had to grind away and we knew it was going to be tough.”