On The Rebound: Eagles Will Need A Big Four Quarters To Beat Port Adelaide On Saturday 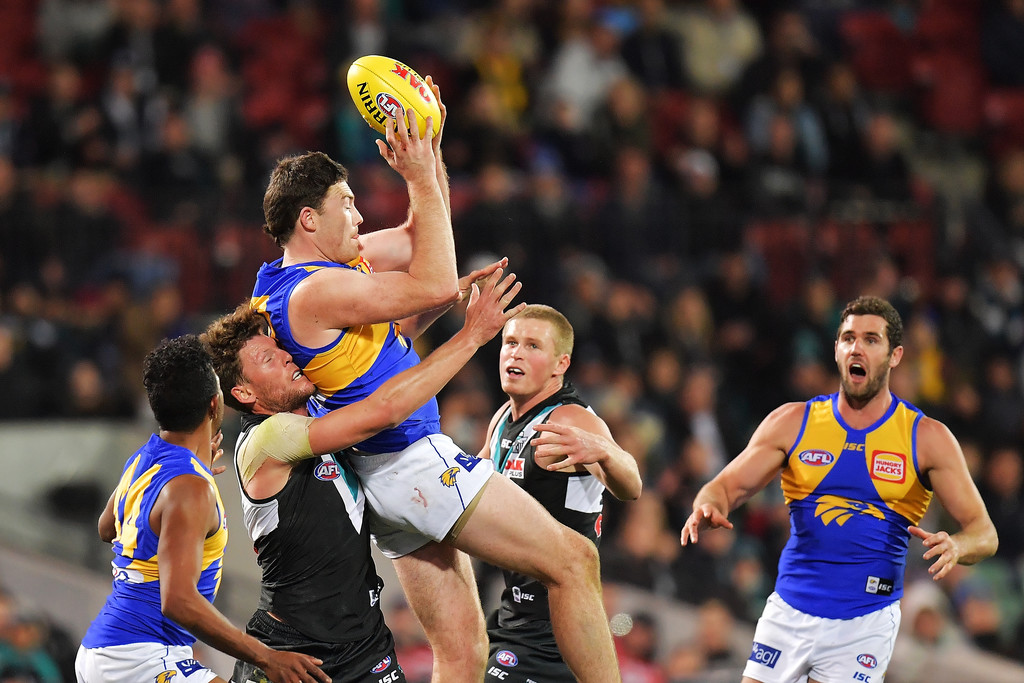 It’s been a slow start to the season for the West Coast Eagles.

Even in their win over the Suns in round one, the West Coast didn’t look to be firing throughout the match.

Interestingly, the West Coast have won just two of the eight quarters they’ve played in 2021. And considering their first-half performance against the Bulldogs on Sunday, Adam Simpson will be keen to address how he can get his team dominant throughout all four quarters of the match.

Admittedly, that will be tough against Power this weekend, who’ll have studied the tapes from the loss against the Bulldogs, and will fancy their quality in midfield to overrun the West Coast as the Dogs did on Sunday.

“Their brand stands up. It’s been really strong for a long time now, and they’ve got good kids coming through, so massive challenge again this week, doesn’t stop.”

Port Adelaide are one of the biggest and fastest sides in the competition this year and are a cert to make it deep into the finals this year. Like the Bulldogs, they like to get their hands on the ball and can string together some great handball plays that can tear teams apart.

Putting 18 goals past Essendon last Saturday, they also pack more firepower than the Dogs and won’t hesitate to pull the trigger from long range when they get the chance.

With Charlie Dixon, Orazio Fantasia, and Peter Ladhams up top, Tom Barrass is going to have his hands full.

We’re backing this game’s key battle to be between Dixon and Barrass, with memories of the torment the 200cm tall forward put them through during their 40 point loss to the power at the start of the 2020 season.

Dixon took a whopping six goals that day, and it looks like his boot is hot again, as he bagged four goals against Essendon on Saturday.

“He (Charlie Dixon) went nuts all last year. I think they’re looking and finding more avenues now rather than just relying on that, but he’s obviously one of the best key forwards in the comp,” Simpson said.

“Our backs need to be at their best this week, absolutely.”

“Their high half-forwards are a really damaging one as well. Their speed and repeat efforts are really high-end.”

Travis Boak, Ollie Wines, and Zak Butters recorded over 30 possessions each against Essendon last week while also averaging seven score involvements between them. They were nearly unstoppable with the ball in hand and will look to rip the West Coast apart in midfield as the Dogs did last week.

The key to unlocking sides like these is how much pressure you put on them when they have the ball in hand, and as Adam Simpson acknowledged last week, the Eagles sat back far too much, affording the dogs time and space to play at them.

There is some good news for the Eagles. Luke Shuey looks to be fit and ready to play this weekend and will slot back into his roving midfield position in the middle of the park.

That will free up Andrew Gaff who, although has had a quiet start to the weekend, looks to be covering a whole range of positions for the West Coast in Luke Shuey and Elliot Yeo’s absence.

Having Luke Shuey back in the side will certainly help the West Coast keep things a lot tighter in the centre of the park.

Marquee ruckman Nic Naitanui will also be a central part of the Eagles’ midfield this weekend as he goes toe to toe with former Eagles teammate Scott Lycett, who returns to the Optus Stadium this weekend as Port Adelaide’s focal Ruckman.

“It’s always good versing your ex-teammates. I always pencil those ones in for when they come into the calendar,” Naitanui said to the club website on Tuesday.

“He’s been a big part of what I’ve done at the footy club, and I’ve been around his entire career at West Coast.

“We’ll laugh after the game and before the game, but once we’re out there, we are enemies. It’s a bit of cat and mouse in there.”

“We know each other back to front. It’s just a matter of who can execute it better on game day.”