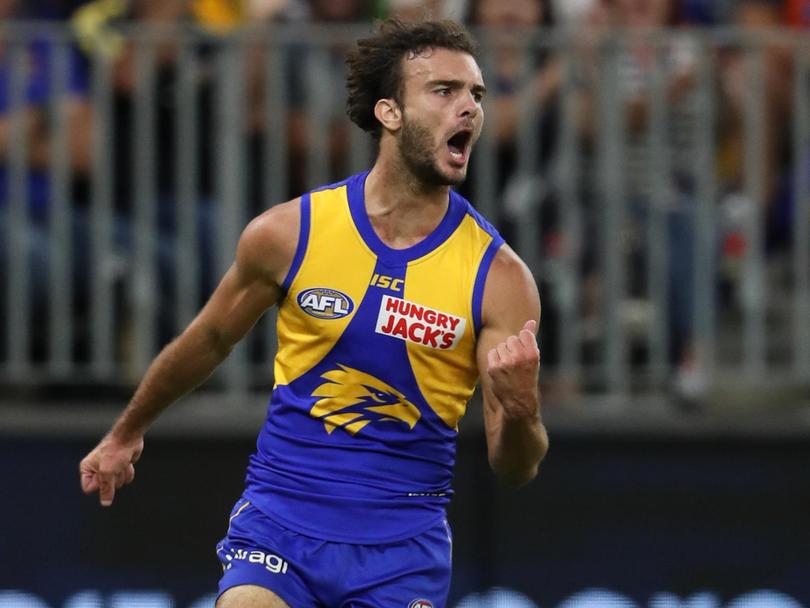 The Eagles have made three changes to their starting 22 ahead of Saturday’s match against Port Adelaide Power at the Optus Stadium.

Facing a tough challenge against a fast-breaking Port Adelaide side this weekend, it looks as though Eagles Head Coach Adam Simpson is planning to match the Power for pace.

Speedy small forwards Jack Petruccelle and Brendon Ah Chee both come into the side in place of Zak Langdon and Nathan Vardy. Meanwhile, Luke Shuey will return to the Eagles midfield to replace young midfielder Xavier O’Neill.

Bringing in more speed up top is no doubt a smart game plan for Adam Simpson. After watching Port Adelaide’s midfield tear through Essendon last weekend, the Eagles will benefit from the injection of pace to shut down Port’s attackers faster.

Ah Chee, who was the Eagles unused medical substitute during their round 2 loss to the Bulldogs, will also make his first appearance for the West Coast in 2021.

He’ll be a valuable asset to have this coming Saturday to stifle Port Adelaide’s fast-flowing brand of footy from the top of the field.

Luke Shuey will also return to the side this weekend after recovering from a hamstring strain he suffered during the West Coast’s pre-season scratch match against Freemantle.

“He (Shuey) has got that sort of explosive nature about him, so does Elliot Yeo when he returns. But we’ve got Tim Kelly who does play a similar role,” Eagles ruckman Nic Naitanui said in a press conference on Monday.

“It’ll probably allow other guys to play in different roles and just makes us a bit more reactive having him back in the side.”

With Shuey coming back into the fold, that should free up Andrew Gaff to get more time on the footy. Gaff has been a little light on possessions at the start of the season after having to cover multiple roles in the absence of Eagles midfielders Shuey and Elliot Yeo.

“I don’t think Gaffy is down on his performance. I think he’s playing different roles and is allowing other guys to share the workload,” Naitanui said, addressing concerns over Andrew Gaff’s current form.

“He knows his influence comes in a different form at the moment, especially while we have other key mids out of the team. His numbers will come, but the boys are sharing the workload.”

With Nathan Vardy out of the side this weekend, Naitanui will share the rucking responsibilities with Oscar Allen, who is likely to slot into the swing-forward position we saw him play for the majority of last year.

One of Saturday’s key battles will be between Naitanui and former teammate and Power ruckman Scott Lycett. With both knowing each other’s game inside and out, we’re in for a huge contest at the ruck, one which the West Coast will need to win if they are to put Port Adelaide on the back foot.