Talking Points From Round Three 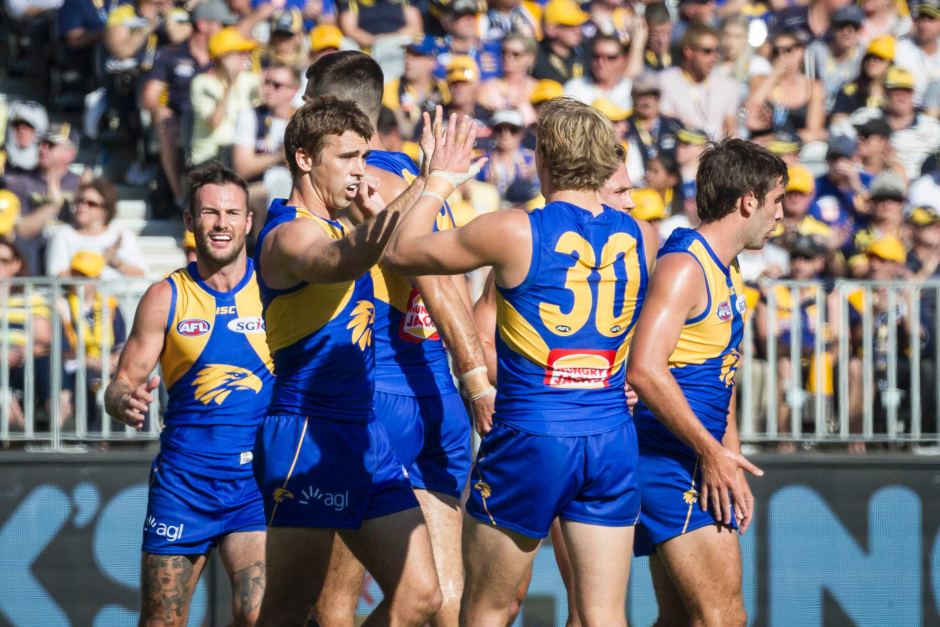 How do the Eagles keep up that red hot momentum heading into next week’s clash against St. Kilda?

Saturday’s win over Port Adelaide was the bounceback the West Coast Eagles needed.

After a dismal first half against the Bulldogs in round two, the Eagles came out to a flying start, with Tim Kelly, Jamie Cripps, and Liam Ryan bagging three goals inside the first five minutes of the match.

And although Port love to play fast-moving, fluid football, the West Coast played them at their own game, getting more bodies to each contest and preventing the likes of Travis Boak and Orazio Fantasia from having too much time and space on the ball.

It was a superb display of dominance from the West Coast, and it will fill them with great confidence as they look to take on St Kilda in Melbourne this weekend.

Here are the five main talking points from this weekend’s action.

It’s been a slow start to the 2021 season for roving winger Andrew Gaff.

Doubts were raised by the media on his position in the side after Gaff was unusually low on disposals during the first two rounds of the season.

On Saturday, he put all those doubts to bed and was the best afield for the Eagles by a mile.

Andrew Gaff (154) scored more points tonight than he did for the first two rounds combined.

2100 coaches traded him out for the highest #AFLFantasy score posted to date this season… @CalvinDT was NOT one of them. “Hold your premos”. pic.twitter.com/apXBVSm5Yb

After both Adam Simpson and Nic Naitanui backed the midfielder to bounce back last week, we got a vintage Andrew Gaff performance, in what could be arguably one of the best performances of the two time All-Australian’s career.

Racking up a whopping 36 disposals, 13 marks, and five score involvements, Gaff was simply faultless on Saturday, running hard to chase down Port’s Zak Butters and Karl Amon to keep them contained for most of the first half.

Solid under the high ball, Gaff impressed with his physicality too.

Taking a couple of big bumps under some tough marks, he showed his experience and composure to take the hit while keeping his composure to secure the footy.

“As I spoke to you during the week, people come up and down in form a little bit. If you have eight weeks in a row or significant periods of time (out of form) … but it’s been two games. I let him do his thing. There really wasn’t anything from an instructional point-of-view.”

After tying Bulldog’s Ryan Gardner’s legs in a knot last week, Liam Ryan was back adding to his highlights reel against the Power.

This time though, he was going aerial, getting up above Port Adelaide defender Darcy Byrne-Jones, literally sitting on his head to pluck an enormous grab out of the air.

And it seemed like he was up there for ages, literally hanging in the air to take the mark.

“I just jumped on the bloke’s head, that’s my aim,” Ryan said after the match.

“I’m not going to stand around, you know, like a statue, so I’ve gotta do my thing.”

It’s been a torrid twelve months for Luke Shuey and injuries.

Over the past twelve months, soft tissue injuries have become a frustratingly familiar occurrence for the West Coast captain.

The 2018 Norm Smith medalist missed several matches last year due to a double hamstring strain and once again missed the opening of the 2021 season after suffering yet another hamstring strain in the Eagles’ pre-season scratch match against Fremantle.

And it seems his problems are still persisting after the West Coast captain limped off again on Saturday with what appears to be yet another hamstring issue.

Luke Shuey shattered on @WestCoastEagles bench with another hamstring injury. Josh Kennedy and Tom Barrass have both consoled him @TripleMPerth #AFLeaglesport

“I think it is something he has done before. Feels like it is going to be a standard 21-dayer,” said Adam Simpson.

“We’ve tried every different program under the sun, so we’ll keep going back to the drawing board until we get it right.

“It’s tough. Injuries happen, you’ve got to be pretty resilient in this competition, but when you have a continual issue, and he couldn’t be any more professional, it’s tough. We’ve got to put our arms around him, and there are worse things in the world, but he’s dealing with it.”

His absence will be once again a massive blow for the West Coast, considering the impact he had on Saturday afternoon. Setting up Liam Ryan for his first goal of the night while bombing six kicks inside 50, Shuey was one of the West Coast’s best afield.

But for Adam Simpson, the midfielder’s presence was most felt in the organisational role he plays.

“Luke’s game awareness around the ball and stoppages and organisation, that’s probably what we don’t see,” Simpson said.

“He had 26 or 27 touches in 60 minutes but what he did from an organisational point-of-view was what we missed last week, so we need people to step up when he’s not there.”

A Slow Second Half?

It was great to see the West Coast get off to such a fast start on Saturday, considering the poor start against the Doggies last week.

“It was nice to get the win,” said Eagles defender Brad Sheppard.

“They touched us up the last couple of times we played them, and to start the way we did, I thought we really got on the front foot early and piled on a few goals early, which set up the game for us.”

“In saying that, there’s still a lot of room for improvement. They outscored us in the second half, so we were unhappy with how we played after half-time.”

The Eagles took their feet off the gas during the second half allowing Port Adelaide’s forwards to outscore them in both the third and fourth quarters of the match, with Todd Marshall and Robbie Gray both claiming a hattrick each.

Marshall and Gray were allowed too much time and space on the ball, and although the Eagles did enough to keep Port Adelaide at bay, they still need to run hard for the entire four quarters of the match.

Former Eagles skipper Shannon Hurn is still proving he’s still one of the best in the business.

Hurn continued his cracking start to the season on Saturday night, leading the line to hold off the majority of Port Adelaide’s attacks during the match.

Managing 26 disposals at 92% efficiency, he was vital in sweeping up loose balls coming to the ground inside the 50. And with the ball in hand, he launched the line share of the Eagles attacks providing six scoring opportunities for the West Coast.

But it was his work off the ball that was most important, keeping tall Port Adelaide forward Peter Ladhams quiet for the majority of the match.

Surely he’ll be getting another contract extension next year?