West Coast Eagles > News > Analysis > Do The West Coast Have Issues In Midfield?

Do The West Coast Have Issues In Midfield? 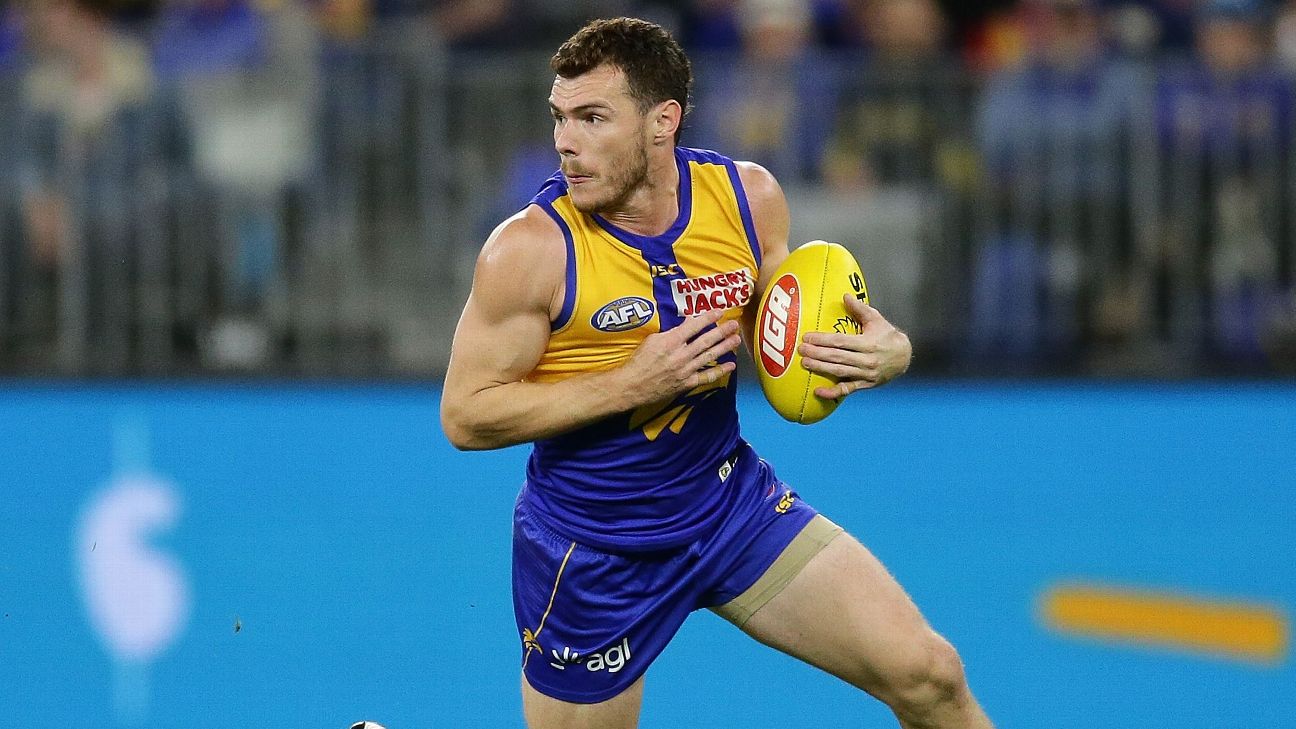 Saturday afternoon’s loss turned out to be a reality check for the West Coast Eagles.

Letting the game slip from between their fingers, the Eagles simply went MIA in the third and fourth quarters when really they should have put the match to bed.

Considering how they played in the first half, it was a bit of a shock to see them succumb to the onslaught of Saints pressure.

“Yeah, it was disappointing,” said Eagles captain Luke Shuey. “It looked like we probably didn’t handle their pressure as well as you know when we were able to handle Port’s last week, so the difference a week can make was disappointing for us.”

Without Luke Shuey in midfield, the Eagles struggled to gain any momentum in the second half, and questions have been raised this week in the media and online forums as to whether the Eagles currently have a problem in the centre of the park.

But let’s not press the panic buttons just yet.

The depth and quality the Eagles have in midfield is very impressive, and without a doubt, they have one of the most exciting packs of midfielders in the league. Right now, the only problem the Eagles have is getting players to function in the right positions for a full 80 minutes of footy.

The West Coast looked very shaky under the Saints pressure, and particularly in midfield, they fumbled catches, failed to control the ball, and were inhibited from clearing upfield.

With multiple players playing out of position and the side lacking a bit of leadership, there are a couple of issues that Adam Simpson needs to address, but these certainly aren’t as catastrophic as they have been made out to be.

Performance-wise, Andrew Gaff received a lot of criticism for his form over the opening rounds of the season.

Not making the same numbers as he did during the 2020 campaign, Gaff put any doubts over his consistency to bed against Port Adelaide, having one of the best games of his career.

Raking up a whopping 36 touches, Gaff played an integral role in setting up several goals for the West Coast and was by far the Eagles’ best afield.

The problem for Gaff is that he thrives on the wing when he has midfielders like Shuey operating inside of him. That gives him the freedom to roam to get his hands on the footy, and that’s when his presence is most felt.

In Shuey’s absence, Gaff has been covering far more ground, playing a different, slightly more defensive role to nullify players like St Kilda’s Jack Steele in the centre of the park.

His work rate is still there, and although he didn’t manage to get his hands on the footy as much against the Saints, the high disposal numbers will come back for Gaff as the season progresses and he settles into this new role.

Speaking of inside midfielders, Tim Kelly also had a tough hit out on Saturday. Although high on disposals for the match, his efficiency with the ball in hand was a lowly 43%, perhaps so because of the pressure the Saints lumped on the West Coast in the second half.

Again, we can only put it down to a minor blip from Kelly, who has otherwise been exceptional during the opening rounds of the season, even getting around the field to make an elite six tackles against St Kilda.

Also tackling his way through the game on Saturday was Liam Duggan, who’s slowly been getting accustomed to playing in a role higher up the pitch. We have missed his driving runs through the middle of the park at the start of this season, but again, that will come as he grows into his new midfield position over the next few weeks.

Looking at things holistically, there is a lot of transition going on in this Eagles midfield, with multiple players adapting to new roles while playing out of position to cover for injuries.

The West Coast have plenty of scope to fill these vacant roles with skilful young players like Xavier O’Neill, Brayden Ainsworth, and Jarrod Brander able to step into the centre of the park if needed.

Xavier O’Neill is perhaps the direct replacement for Luke Shuey in midfield, but it’s clear that Adam Simpson wants to ease the player into the AFL slowly. Meanwhile, Brayden Ainsworth has been tearing up the WAFL, taking ten marks and 36 disposals for the Eagles reserves last weekend.

It won’t be long before we see him feature in the senior side this year.

Even with Luke Shuey and Elliot Yeo sidelined, there is still some serious class in the Eagles midfield.

But what the side does lack is a bit of leadership through the middle. Without Shuey, there was no one in the centre of the park willing to roll up their sleeves and drag the team through the match.

The Eagles will look to players like Andrew Gaff and Nic Naitanui to step up to take on more of that mantle over the coming weeks.

A Blip On The Radar

With a run of tough games coming thick and fast, the Eagles midfield need to bounce back this coming Friday against Collingwood.

And although last weekend’s loss to the Saints may seem a little disastrous, reflecting on the current Eagles midfield situation, even without their key players Luke Shuey and Elliot Yeo, Adam Simpson’s side are still in a very good place.

There’s no need to sound the alarm bells yet, but if the Eagles continue to show the same complacency over a full 80 minutes of footy, then we’ll need to start asking questions.

For now, Saturday’s loss needs to be chalked as just a blip at the start of the season.