Eagles Still Have Work To Do, Despite Midfield Masterclass 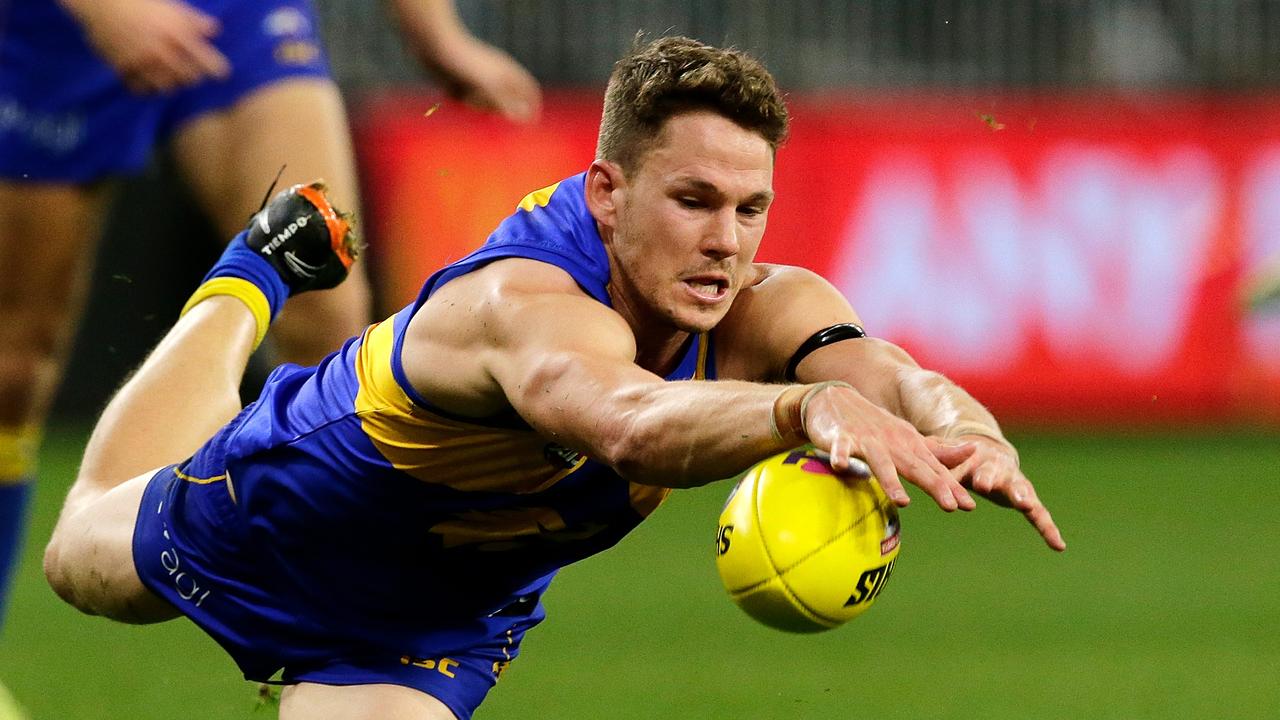 The Eagles midfield were back to their best following Magpies win.

Despite a slow start to the game, the West Coast may have found a winning formula in the centre of the park.

Missing key midfielders Luke Shuey and Elliot Yeo, it’s been a tough start to the 2021 season for the Eagles, who have juggled players around in midfield.

In desperate need of a bounce back after going MIA during their loss to St Kilda, there’s no doubt Adam Simpson challenged his side to out hunt Collingwood and put more pressure on Nathan Buckley’s midfield.

The Pies, however, had a very well thought out game plan and turned up to play the classic Collingwood backs to the wall game plan, which we saw them use in last year’s elimination final.

And it threw the Eagles off their game, particularly during the opening and closing stages of the match. With the Pies boxing the Eagles into their own goal square on both occasions, the West Coast again showed they still have issues putting the hammer down over a full 80 minutes of footy.

“We were good in patches,” Adam Simpson said in his post-match interview. “We haven’t knocked over four quarters.”

“I think our best is as good as anyone’s, but at the moment when we dip, we’re also as vulnerable as anyone.

“We’re missing a few soldiers like a lot of clubs, and we’re looking for that consistency and four-quarter effort.”

Collingwood were also without several pivotal players on Friday including, Taylor Adams, Jamie Elliott, and Mason Cox. They also lost Jordan DeGoey and Jeremy Howe early on in the match, which affected their pace getting to the contest up the field.

But they were still able to engulf the Eagles towards the end of the match, with the West Coast again proving that they struggle to close out games if they take an early lead going into the final quarter.

“We’re probably giving teams too much momentum. We’ve got to find a way to lock that down. A lot of the time, it’s contest driven,” Simpson said.

“It’s disappointing the way we finished the game, but credit should go to Collingwood; it’s not like we took our foot off the gas pedal; they elevated the contest and had only one man on the bench at the end of the game. So we’re pretty happy to take the win.”

Colling wood did outclass the Eagles towards the end of the match, Darcy Moore, Beau McCreery, and Darcy Cameron bagging a flurry of late goals for the Pies that shocked the Eagles defence.

If Dom Sheed hadn’t bagged a hattrick in the previous quarter, the match could have been a lot tighter heading into the last ten minutes.

But credit should go to the Eagles midfielders, who all put in a blinding display on Friday night.

Andrew Gaff, Jack Redden, and Liam Duggan lead the Eagles disposals count with a combined 112 disposals between them.

Gaff was stupendous on Friday night and showed his elite reactions to clean up the loose ball coming to the ground at the stoppage.

Tim Kelly goes bang, but how good was the kick from Liam Duggan to get it all started?#AFLEaglesPies pic.twitter.com/ZNrKD4lTei

The same goes for Liam Duggan who’s kicking was exquisite. After Duggan has been a little slow to react to his new position in midfield this season, he moved back into a slightly deeper role on the pitch this weekend to help cover for the injured Shannon Hurn. That allowed him to come onto the ball to take a whopping 13 marks and have a hand in five score involvements during the match.

Putting in two beautiful kicks to Tim Kelly and Oscar Allen, his vision was immense while the weight of the kicks were judged to a tee.

Many of the Eagles problems come from when their midfield are unable to link up with their tall forwards, and teams have beaten them in the past by marking their leading distributers to cut short their service inside 50.

100 games in the blue and gold for Jack Redden!

Take a look at some of his best… pic.twitter.com/MP5piO2a3V

But with Kelly occupying Pies’ tagger Levi Greenwood for most of the game, that gave Liam Duggan and Jack Redden that extra space to provide those bombs upfield.

In his 100th game for the club, Redden amassed a career-best 37 disposals, ten marks and four tackles – one of which was a huge put-down on Pies Callum Brown in the third quarter.

Redden was our best afield on Friday night, and although we know him as a tackling machine, he was brilliant in the roving midfield position, combining well with Dom Sheed to fart seven inside 50s upfield.

Let’s also not forget Dom Sheed’s moment of magic kicking three absolute screamers in four minutes. He’s got a helluva boot on him.

Still, the key point remains. As good as the West Coast midfield were on Friday night, the Eagles still have a lot of work to do to hunt out teams for a full four quarters.

Having struggled on multiple occasions to close out games this year, the Eagles need to start firing before they miss out on opportunities that could cost them come the end of the season.