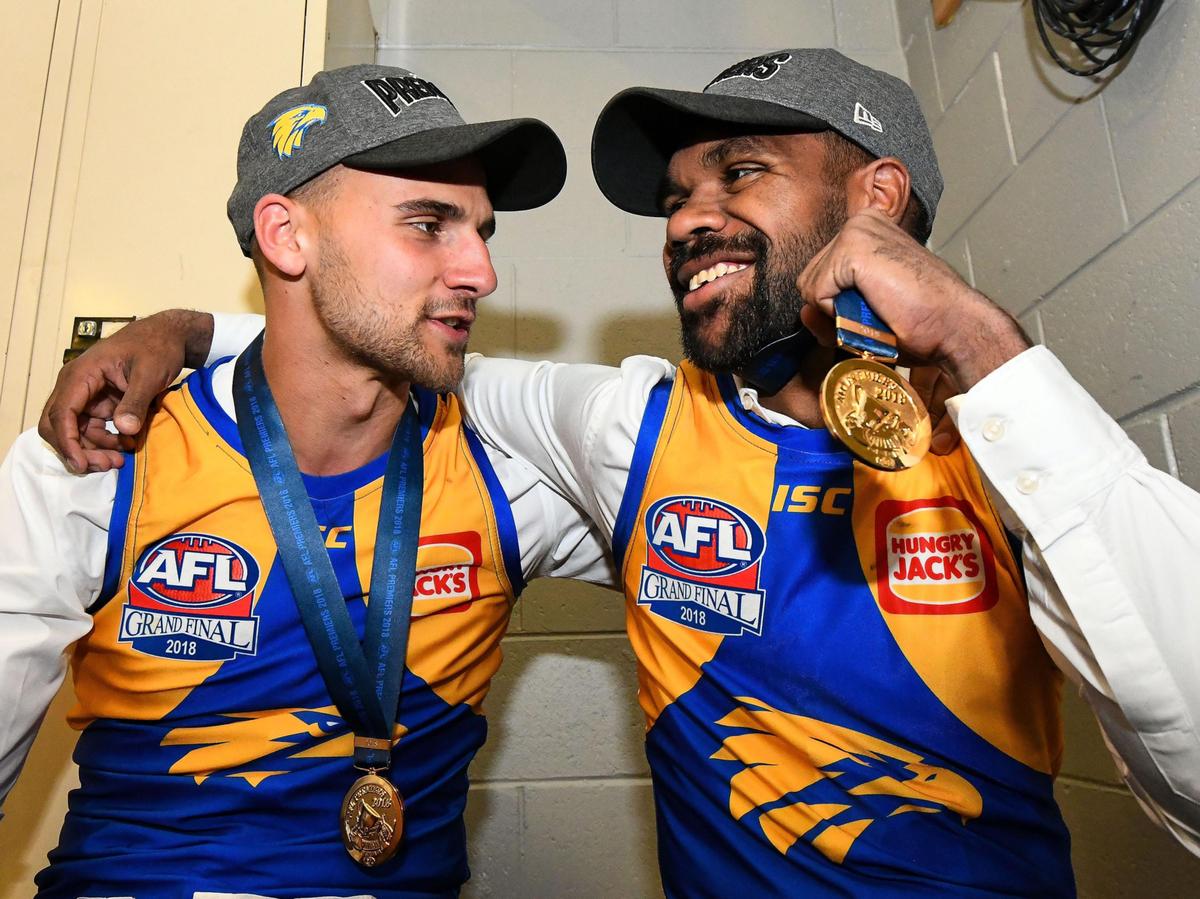 The West Coast have been working hard to gain new commitments from some of their emerging stars over the past few months, and it seems Sheed and Ryan will be the first of multiple players who will be renewing their contracts at the Eagles.

The pair were instrumental in guiding the Eagles to their fourth premiership flag, with Dom Sheed kicking that historic last-minute goal to win the 2018 Grand Final.

With the better half of their playing career’s ahead of them, the Eagles will be looking to the pair to help lead the club to their next premiership title.

“Both Liam and Dom have already been strong contributors to our club,” West Coast General Manager Craig Vozzo told the club website earlier this week.

“Liam is only 24 and Dom is 26 so they have plenty of football ahead of them.

“We still think they have improvement in them and we are excited by what they can offer over both the short and long term.”

Vozzo was hesitant to confirm the exact length of either contract, with Sheed’s current deal set to end in 2021 and Ryan’s ending in 2022.

But we understand the Eagles have locked the duo down for another three to four years after the pair have continually impressed over the last three seasons.

Kicking eight goals in 17 games in 2020, Sheed was brilliant for the West Coast last year, standing up in multiple occasions for the injured Elliot Yeo. The young midfielder has started every game this season so far and has averaged an impressive 25 disposals at the start of the year.

Ryan who, already has two mark of the year nominations in 2021 has drastically added more dimensions to his game this season. Averaging 6 score involvements this year, the hot stepper has been magnificent showing off his incredible feet to set up the Eagles forwards advancing into the forward 50.

After gaining an All-Australian jumper for his incredible 2020 season, scoring 26 goals in 18 games for the West Coast, Eagles fans will be overjoyed that the ‘excitement machine’ has committed to playing his footy at the West Coast for the coming years.

MARK OF THE YEAR.