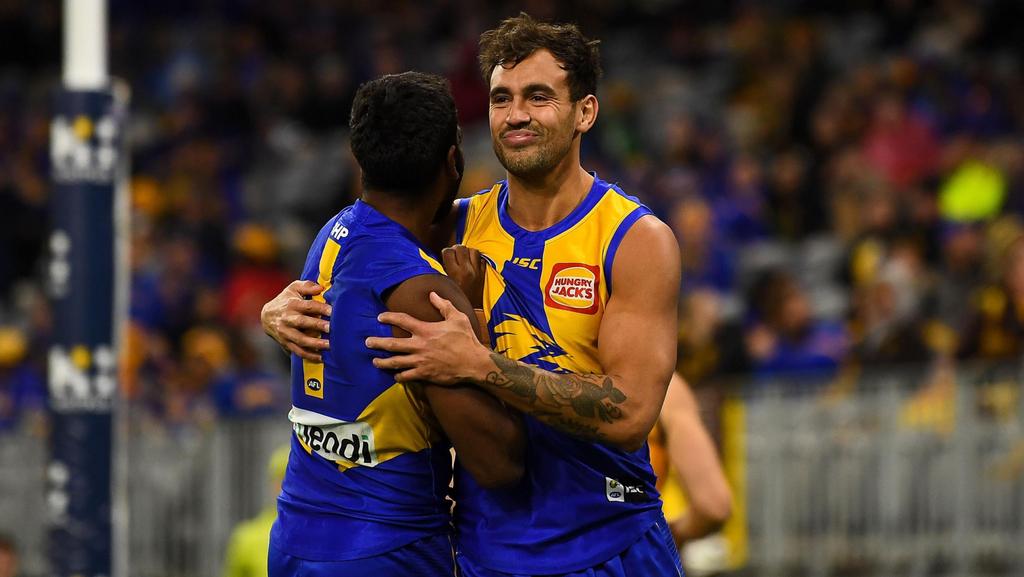 The West Coast have secured their first away win of the season, defeating an injury decimated Hawthorn side by 38-points at the MCG.

Small forward Brendon Ah Chee kicked a quartet of goals on his return to AFL footy to stake his claim for a spot in the Eagles 22 after being placed on the Eagles’ rookie list at the start of the season.

Outclassing Hawthorn throughout the match, the Eagles superior quality and experience was evident against Alastair Clarkson’s bare-bones Hawthorn side.

Injury woes also continue to strike the Eagles, who lost all-time leading goalkicker Josh Kennedy, to a minor calf strain towards the end of the match. Although the injury doesn’t look too serious, Kennedy has suffered from calf problems previously and will be one to keep an eye on in the coming weeks.

Key players Nic Naitanui, Andrew Gaff, and Jack Darling all stood up to lead the Eagles to one of their best performances this season, defeating the Hawks 14.14 (98) to 8.12 (60).

Luke Foley has been subbed on for the Eagles with Josh Kennedy out of the game.#AFLHawksEagles pic.twitter.com/bde2tX1m4k

Apart from the win, there were many positives for the Eagles, with Adam Simpson highlighting his side’s dominance over the entire four quarters as the greatest success from the game.

“I said to our players, I know we get criticised for it a little bit; it’s not about winning away from home. It’s about playing consistent football that we think stands up in the long-term,” Adam Simpson said after the match.

“I don’t think we’ve been doing that consistently enough, in particular away, so to play four quarters of the style we like starts with the contest like every club, but I felt like we played more of a complete four-quarter performance today than we have in previous interstate trips.”

Hawthorn largely controlled possession in the opening stages, recording 35 more disposals than the Eagles in the first term and moved the ball well at ground level. Changkouth Jiath and Jarman Impey were particularly dangerous, launching multiple threatening counter-attacks from the backfield, while young stars Mitch Lewis, Oliver Hanrahan, James Worpel each kicked a brace for the Hawks during the match.

The Eagles grew into the game more in the second and third quarters and started to launch some aggressive attacks from the centre bounce and kick-ins that blew Hawthorn away. Their ferocity and pace to move the ball forward from the stoppage is the best in the league, and it devastated Hawthorn, who couldn’t quell the Eagles’ advances.

Not many teams in the league can boast such efficiency scoring from the centre bounce and kick-ins, and it’s a real strength the Eagles have improved on over the opening rounds of the season.

Andrew Gaff and Tim Kelly were both superb in creating those scoring chances. Gaff was the Eagles best afield today, amassing 38 disposals while putting through some incredible kicks to provide the Eagles forwards with silver service inside the 50. His disposals pushed the Eagles higher up into scoring positions, allowing the West Coast to get on the front foot and test some of Hawthorn’s less experienced defenders in front of the sticks.

Recording almost double the number of inside 50s than Hawthorn, the Eagles’ work to get the ball inside the Hawk’s danger zones set them apart as the better team today. But inside the Hawthorn arc, Jack Darling, Josh Kennedy, and young ruckman Bailey Williams put on a masterclass to cause havoc in the Hawks defensive line.

Operating in packs, Kennedy and Darling are experts at isolating defenders and creating space in compromising positions. As good as they are goal kickers, their work off the ball is the best in the league and allowed Williams to get into space to kick through for his second goal in the AFL.

With balls coming in over the top to the goal square, the Eagles smalls also had a field day picking up the crumbs coming down from contested marks, with Jack Petruccelle, Jamaine Jones, and Zac Langdon continuing their fine scoring run of form this season.

The Eagles added experience came to the fore in the final quarter of the match to prevent the Hawks from initiating another comeback as they did against Essendon and Adelaide earlier in the season. Keeping them to just three goals in the final quarter, the Eagles did an excellent job of tightening things up at the back, with Brad Sheppard and Oscar Allen again impressing in the backfield.

“Hawthorn are obviously decimated with injuries as well and combine that with a bit of youth, I think our backline and their forward line where quite young. We probably edged them with experience,” Simpson said in his post-match interview.

“When Ossie goes back, he’s a mature man. He’s only 21, but he’s like he’s 25 so he helps stabilise that along with Brad Sheppard.