West Coast Eagles > News > Analysis > Dom Sheed – “Good To Get The Win, But We Can’t Get Too Ahead Of Ourselves”

Dom Sheed – “Good To Get The Win, But We Can’t Get Too Ahead Of Ourselves” 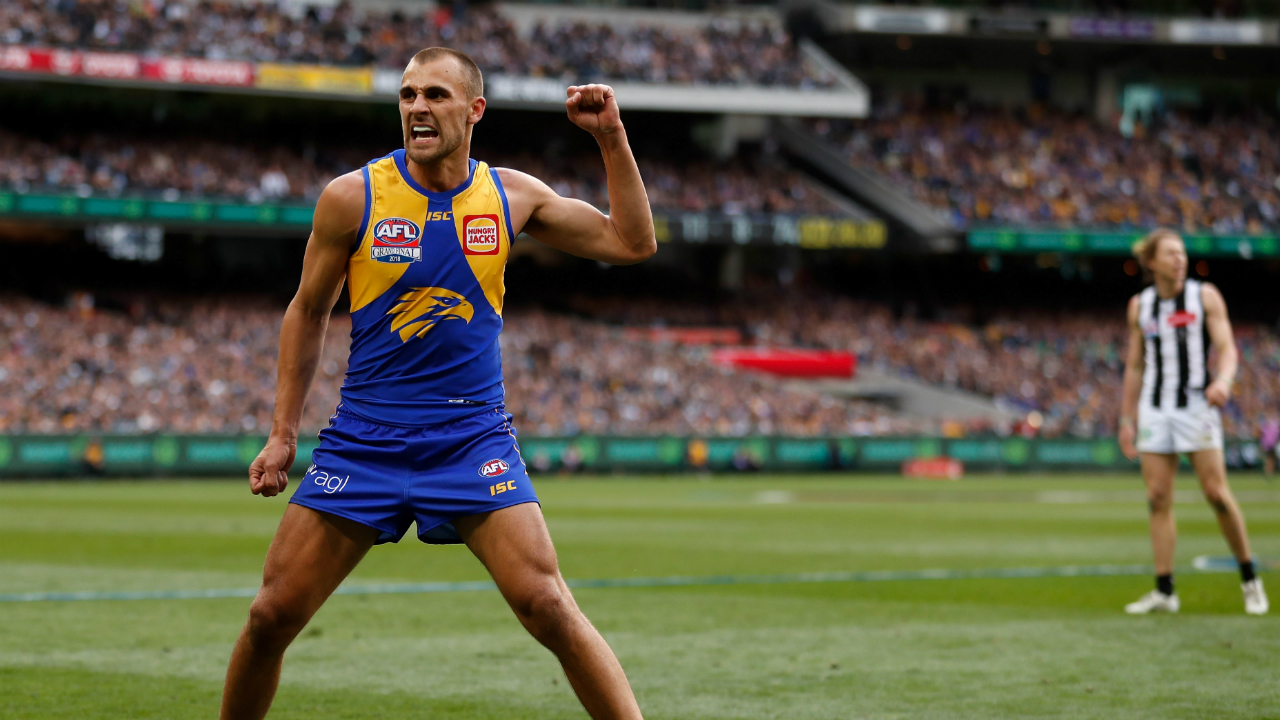 Premiership midfielder Dom Sheed is keeping himself grounded after this weekend’s huge away win against Hawthorn.

A win on the road is always a good feeling, but after the West Coast’s turbulent start to the season, Sunday’s win felt even sweeter.

Dom Sheed and the Eagles midfield powered the West Coast to a full four-quarter domination over Hawthorn, and for Sheed, the win could prove to be a turning point in the Eagles season.

“Winning on the road with the young team is a massive boost to our confidence,” Eagles midfielder Dom Sheed said to radio 6PR after the match.

“We were pretty disappointed with the game on the road a couple of weeks ago; other than that, we’ve been in winning positions in our other two games away from home and haven’t finished it off, so it was pleasing today to be able to put together a four-quarter effort.”

Despite their current injury crisis, the West Coast have adapted quickly, turning their performances around to secure their first away win of the season against the Hawks.

It’s been the Eagles’ younger players have stepped up to take on the mantle left behind by their injured key players. Even with 11 of the Eagles starting line up being under 24 years of age, the West Coast looked like they were back to their best on Sunday.

“We’ve tweaked a few things the last three weeks to try and work as a team, and all play a system and a game plan. Getting back to that has been massive for us over the last couple of games,” Sheed stated.

“We’ve adapted to the way the game’s been played this year, and it doesn’t matter who goes out of the team; we know that we’ve got somebody ready to come in who can play a role.”

Brendon Ah Chee stood up as one of those players at the weekend. After being listed on the Eagles’ rookie list at the start of the year, Ah Chee slotted into the Eagles half-forward line to cover for small forward Liam Ryan. And he certainly had a blinder, kicking four goals on his return to AFL football.

“Ah Chee’s been playing outstanding footy in the WAFL, and he had a bit of a role change this week.”

“He played deep midfield and then a bit forward so for him to be able to comply with the new midfield stuff and go forward and get on the scoreboard, that’s exactly what we want from a player like him in that role.”

Sheed himself was superb on Sunday, amassing 35 disposals and ten marks during the match. Currently ranked fifth in the AFL for total clearances, his work at the stoppage alongside Andrew Gaff and Tim Kelly was devastating against the Hawthorn midfield.

Aggressively moving the ball forward at an alarming pace, the Eagles mids swarmed an overwhelmed and inexperienced Hawks side to work the ball up to their key forwards inside 50. It’s that dominance and ruthlessness over four quarters that Adam Simpson has been looking to draw out of his side over the start of the 2021 season.

But for Sheed, the Eagles can’t afford to become complacent if they are to make the top four come the end of the season. With tough games coming up against Adelaide and GWS, the Eagles need to continue to improve and play their brand of footy over four quarters.

“Good to get a win, but we can’t get too ahead of ourselves, there are areas we still need to improve on, and it looked more like us today, and that’s the way we want to play it.”

“Every game is now difficult and getting four points is hard work. Games don’t just get handed to you.”