Is A Big Contract Coming Soon For Oscar Allen? 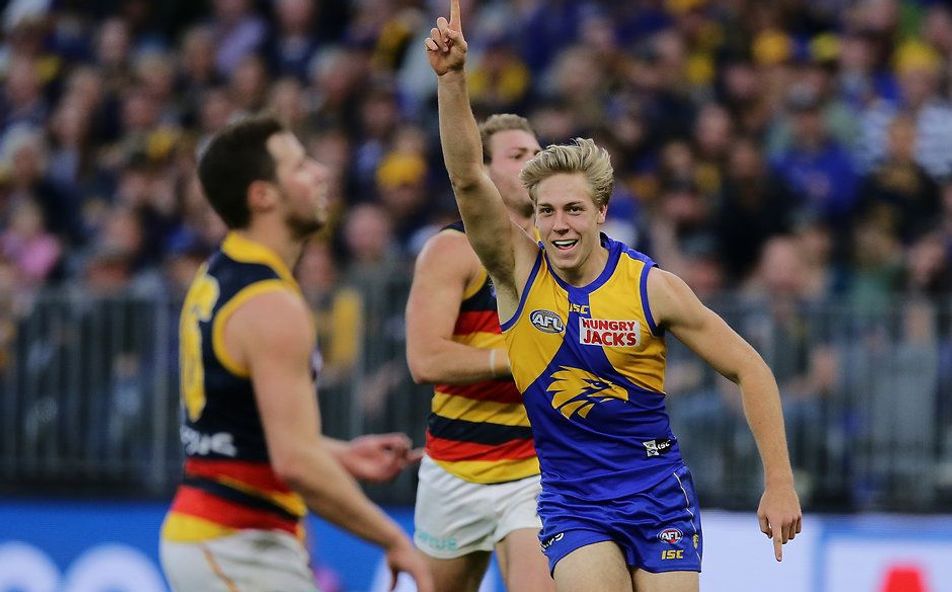 Out of contract in 2022, the Eagles will be hoping to secure hot prospect Oscar Allen on a long-term deal.

It’s been an incredible start to the 2021 season for gun forward Oscar Allen.

The 22-year-old currently has four Brownlow votes this year and is already two goals off his 2020 goal tally.

But with multiple clubs already reported to be circling around Allen’s availability, the West Coast will be looking to lock the gun forward down as soon as they can.

Christian Petracca’s monstrous seven-year contract extension at Melbourne broke the headlines this week, and it’s likely we could see Eagles follow suit to offer Allen a long-term deal as they look to replace all-time goal kicker Josh Kennedy, who is set to hang up his boots at the end of the season.

Since joining the club in the 2017 National Draft, Allen has thrived under mentors Josh Kennedy and Jack Darling in the high forward line. In only his second season at the club, the young prospect kicked an impressive 20 goals in 21 games, even while he sharing in the ruck responsibilities to cover for the injured Nic Naitanui.

His dexterity and ability to play anywhere around the ground has been a very useful asset for head coach Adam Simpson, who has been struggled to piece together a full-strength side after the West Coast have been blighted with injuries over the last three weeks.

From hitting out in the ruck to dropping into the full-back position, Allen’s maturity and professionalism in each role he plays show his capabilities are far beyond what his age might suggest.

“When ‘Ozzy’ goes back, he’s a mature man. He’s only 21, but he plays like he’s 25, so he helped stabilise that along with Brad Sheppard, who is a good leader down there,” Adam Simpson said following the Eagles win over Hawthorn this weekend.

Perhaps his best quality is his work rate to spoil attacks and put pressure on defenders inside the 50, notably putting in a huge last-ditch charge down to save a goal against Fremantle in round seven.

There’s no doubt the West Coast have a real prospect on their hands and will be fighting tooth and nail to keep Allen at the club, despite the player having rumoured to have been offered contracts in excess of $850,000 from clubs around the AFL.

Awarding contract extensions to Dom Sheed, Liam Ryan, Brad Sheppard, and Jackson Nelson over the last two weeks, the West Coast’s contract negotiators will be working hard to secure Allen on a long-term deal, particularly after Allen’s superb form at the start of 2021.