Kennedy, Barrass, And McGovern All Late Tests Ahead of Crows Clash 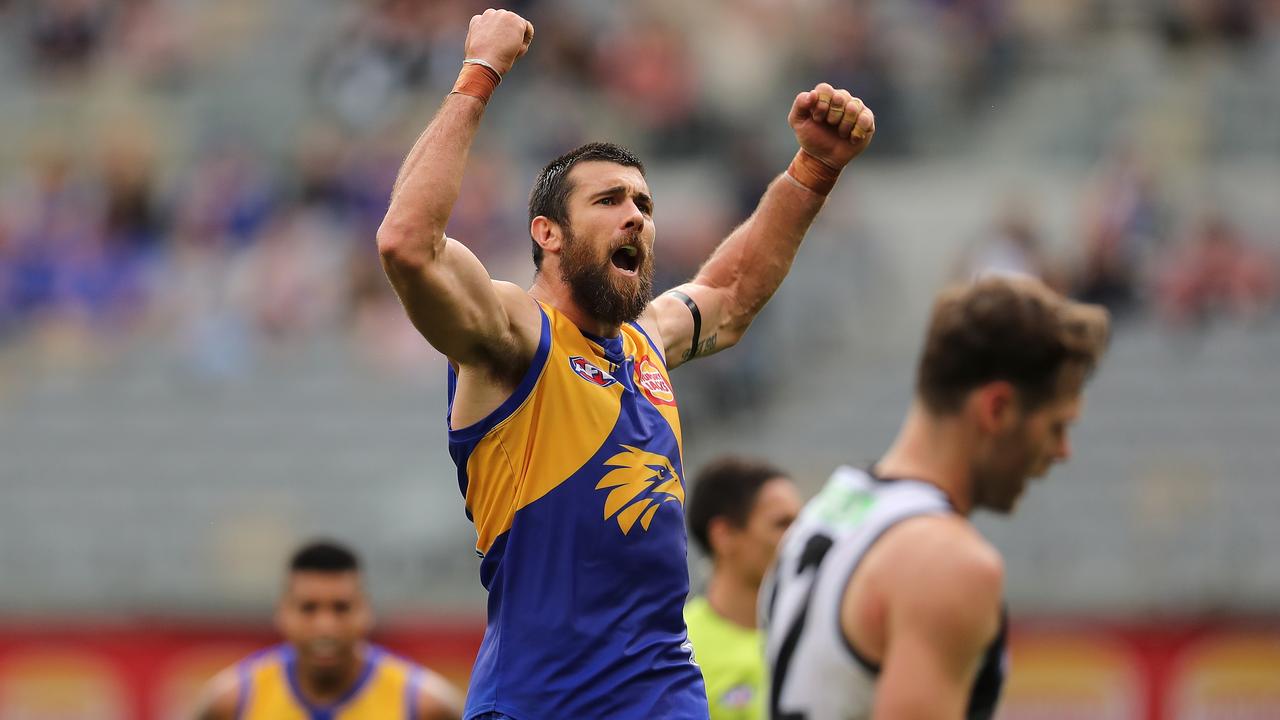 Eagles General Manager Craig Vozzo confirmed the trio could all feature this weekend if they are able to pass fitness tests this week.

Kennedy, who has had previous issues with his calf was put on ice straight away at the end of the match, and it’s likely the Eagles won’t rush him back to play this weekend.

“It’s a ‘corkie’ as well as a strain we found out. It’s only a small strain on scan,” Eagles General Manager Craig Vozzo told westcoasteagles.com.au.

“Speaking to the doctor, he’ll be a test later in the week and still a possibility to play because he functioned really well with it for most of the game, and then it tightened up towards the end of it.

“Fingers crossed we get through training, and he’ll be a chance to play, but we won’t know until later in the week.”

At the other end of the field, the Eagles backline could be strengthened with the return of premiership defenders Jeremy McGovern and Tom Barrass.

The pair were omitted from the Eagles last two fixtures, with Barrass suffering a shoulder injury and McGovern sustaining a groin injury in the West Coast’s loss to Geelong in round six.

Tom Barrass will almost be a cert to play against Adelaide this weekend, provided he pulls up well in training during the week. Barrass was on the cusp of being fit to play last week, but the Eagles weren’t willing to take the risk.

Tom Barrass and Jeremy McGovern ready to return from injury for @WestCoastEagles.

Adam Simpson not wanting to rule out Josh Kennedy yet.

“Barrass was just a fraction off (last week), so we didn’t take that chance,” Vozzo said.

“He’s improved even more with the rest, and he’s a reasonable chance to play, but he’ll need to get through training this week, and we’ll test it later in the week.

“So like Tommy he’ll be a good chance to play if he gets through the week’s training.“

The good news? Adam Simpson reported yesterday that all three players are pulling up well, with Josh Kennedy running laps around the training field.

“Everyone at this stage that trained should be available, so Barrass and McGovern looked like they might be OK,” coach Adam Simpson said.

“Josh Kennedy did some laps but did the first couple of drills, so that’s pleasing.”

Although the Eagles are also taking a conservative approach not to rush back high flyer Liam Ryan, but Ryan along with Shannon Hurn (calf) should be available to feature in round nine against GWS.

Ryan who has been suffering from a hotspot in his leg, has reported he has no more pain, but will miss next Saturday’s match against GWS under medical advice.

“We’ll take a conservative approach based on the medical advice and give him one more week,” Craig Vozzo said on Tuesday.

“He’s not in any pain at all and you see him running around at training and he looks really good.

“We’re very keen to get him back in the team as soon as possible but we’ll follow the doctor’s advice.”