Eagles Locked In For Milestone Match This Sunday 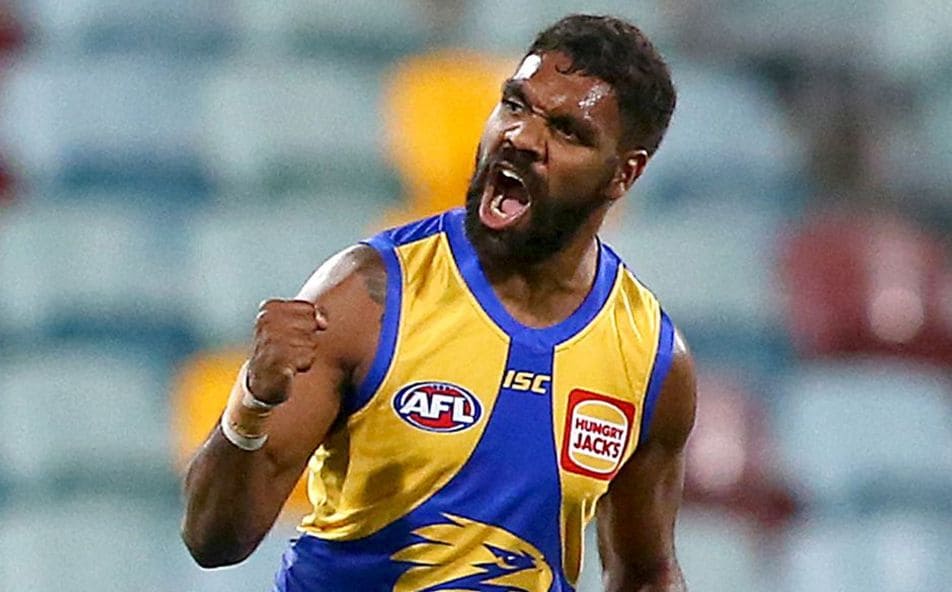 It’ll be a milestone match for both the West Coast and GWS this weekend.

The Eagles will travel to Sydney to take on the GWS GIANTS, who will be celebrating their tenth season in the AFL on Sunday afternoon.

The match marks ten years since the GIANTS played their first game at the Sydney Showground, and they’ll be keen to sign off the celebrations with a win.

It’s also set to be a landmark weekend for Eagles defender Shannon Hurn. The former West Coast captain has been forced to wait to make his 291st appearance for the club, having missed the last three matches with a calf strain. This weekend Hurn will start for the Eagles and break club legend Dean Cox’s appearance record, to become the most capped player in the club’s history.

But there is a lot more at stake for both clubs this weekend.

As the top eight starts to tighten up, both sides are looking to stay within touching distance of this year’s finals series.

For the West Coast, a loss could see them slip further away from a chance of breaking the top four, with Geelong, Brisbane, Port Adelaide, and Sydney, and the Eagles all tied on 24 points for third and fourth place. Four points on Sunday would keep the Eagles in the hunt for a qualifying finals position, with one of those four teams likely to drop points this weekend.

Meanwhile, GWS are four points off the top eight and have a chance to jump Richmond to take eighth place if they win by a big points differential on Sunday.

A low key operator according to Simpson.

Considering the GIANTS ascendency over the past three rounds and the West Coast’s poor form away from home, GWS coach Leon Cameron will be backing his side as a big underdog to down the Eagles on Sunday.

That makes this a massive test for the West Coast.

“This one’s the big one for us,” Eagles Head Coach Simpson said in a press conference on Thursday afternoon.

“I think there are nine top ten draft picks playing for the GIANTS this week. They are so young and talented, and they’ve got belief in their coach.

“Their system is strong, and they look like they’re all very role driven and pretty organised, and they’ve got that belief that kids that are top ten picks have, so that’s what makes them dangerous.”

GWS showed how good their systems can be despite their unfortunate loss to the Tigers last week. The GIANTS were sharp around the stoppage, and their powerful midfield moved the ball through the hands well to squeeze Richmond inside the 50. That’ll be a big issue for the West Coast this weekend, who have struggled to cope with high press teams this season.

GWS rover Jacob Hopper, who currently sits fifth in the league for the most contested possessions, was the best afield for GWS and provided the GIANTS with a platform to launch attacks from through the middle of the park.

Combined with Callan Ward and Tim Taranto, the GIANTS have a physical and hard-running midfield who will punish Adam Simpson’s side if the Eagles get caught with the ball at the back.

The key battle for the Eagles will be in the half-back lines, cutting out attacks stemming from these three players. Although, the West Coast will fancy themselves to dominate this area of the pitch as they welcome back experienced defender Shannon Hurn, who will line up against in-form players Josh Rotham and Alex Witherden.

Injuries have plagued both sides this season, and there’s good and bad news for the West Coast defence. The bad news is All-Australian defender Jeremy McGovern will miss out on Sunday’s match, having failed to recover from a knee injury sustained in last week’s match against the Crows.

The good news is that GWS will be without marquee goal kickers Toby Greene and Jessee Hogan, who also suffered injuries in round nine.

“There’s some real talent playing. We’re getting a few back but still have some real A-graders out, as have the GIANTs, and that’s the unfortunate thing,” Simpson said.

“They don’t rely on talent, they’ve got a way of playing that’s quite physical, so we’re looking forward to that challenge.”

At the other end of the field, the GIANTS have All-Australian defender Nick Haynes and experienced half-back Sam Reid returning from injury, who will no doubt look to get into the faces of the West Coast’s tall forward line.

But they’ll have their hands full with the West Coast forwards being bolstered by the return of excitement machine Liam Ryan.

The Eagles have been the best team in the competition thus far for their ball usage inside the 50, with their forward line scoring from 48.5% of their kicks inside 50. And with Liam Ryan coming back into the side this weekend, there’s no doubt that statistic will go up even further, with Ryan’s skills as an elite marker making him a huge threat inside the GWS 50.