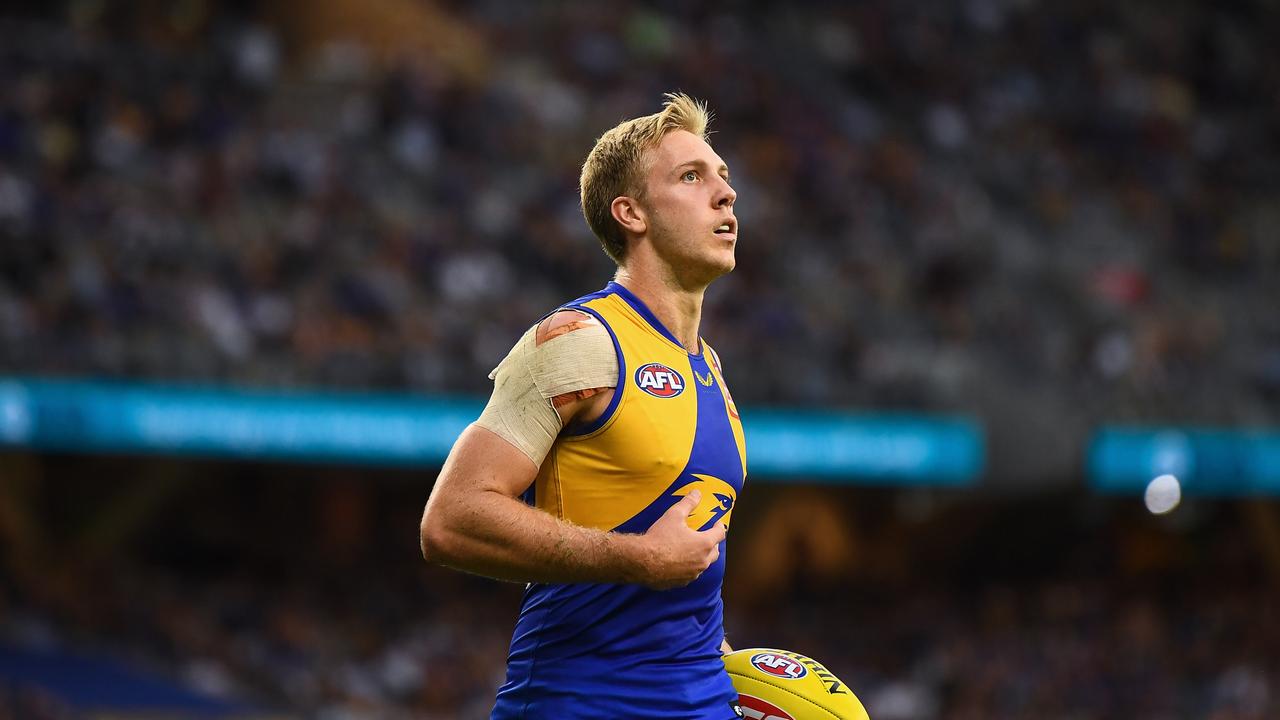 In what is a major signing for the West Coast, the hot prospect will remain at the club until the end of the 2025 season.

Allen, who joined the club as a #21 pick in the 2017 national draft, has turned his back on approaches from rival clubs to extend his contract with the Eagles, despite reportedly being offered multiple deals in excess of $850,000.

After a brilliant start to the 2021 season, the 22-year-old has asserted himself as one of the AFL’s biggest rising stars through his maturity and ability to play various positions around the field.

“It is great for me to have the security of a contract extension,” Allen told westcoasteagles.com.au. “I love the club and the playing group and want to be a part of what we aim to achieve in both the short and medium-term.”

“It means I can now fully concentrate on footy.”

Having played 48 games while kicking 58 goals for the West Coast, the Eagles have secured themselves a future AFL star and here’s why.

Allen’s best position is undoubtedly in the high forward line. Excelling under the mentorship of experienced forwards Josh Kennedy and Jack Darling, the young forward has become a part of one of the AFL’s most prolific strike forces this season and has already topped his 2020 goal tally, booting 20 goals for the season thus far.

“Personally, to be able to tap into the knowledge of blokes like Josh Kennedy, Jack Darling, and Jeremy McGovern has been great. I look forward to playing more football with them and learning even more,” Allen said.

Off the ball, Allen, Darling, and Kennedy stretch defences, pull players out of position, and create space for each other inside the forward 50. Thanks to their dominance under the high ball the Eagles currently have the best efficiency per entries inside 50 over any other team in the competition this year.

And while they are devastating operating as a unit, individually, Allen’s work at the contest is first-rate, with the young forward currently sitting second in the league for total contested marks this season.

But it’s not just his scoring abilities that have made him such an integral part of this West Coast 22.

Inside the 50, Allen is one of the West Coast’s hardest workers.

Being one of the best at shutting down defenders and smothering kicks inside 50, Allen consistently works hard to lump pressure on his opposition to keep the ball in the Eagles’ forward half.

“Oscar is an exciting young player, and we are delighted that he has extended his contract for an additional three seasons,” List Manager Rohan O’Brien told the club website. “He was already contracted to the end of 2022, and having him commit further was a priority.

“Everyone has seen what he brings on game day, but we also value Oscar as an emerging leader. He is a mature 22-year-old who has great respect across the club.”

His superior work ethic is not the only reason why he’s been attracting so much attention from rival clubs. At 22-years-old Allen’s maturity to step up to play any role the team needs has been very impressive.

With the Eagles having suffered multiple injuries in defence during the start of this campaign, Allen has on multiple occasions, stepped back to cover for the injured Jeremy McGovern, Shannon Hurn, and Tom Barrass and showed his dexterity to put on an accomplished performance to help the Eagles secure victories against Fremantle and Hawthorn.

But it’s his composure in each position around the field which says a lot about the young forward. Allen looks comfortable playing everywhere around the park, and although his best position is in the key forward line, his talents in defence and at the ruck make him an extremely useful asset for the West Coast going forward.

From the club’s point of view, the signing is a huge statement, not just in terms of retaining talent in a bid to maintain themselves as a premiership contender, but in the West Coast’s ability to continue to attract exciting players.

With players like Oscar Allen in the side, there’s no doubt the West Coast can bolster their squad and attract a few more prospects to the club during this summer’s trade window.