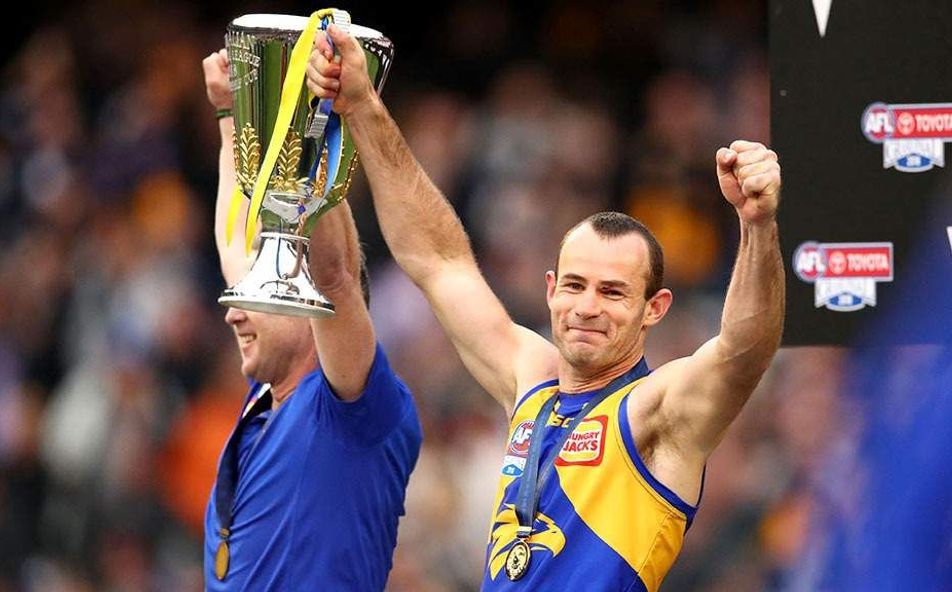 Two-time All-Australian defender Shannon Hurn has stated that he hopes to play another season for the West Coast, despite his contract running out at the end of this season.

Alongside champion goalkicker Josh Kennedy, Hurn signed a one-year contract extension in October 2020, and it seems the Eagles stalwart doesn’t want to hang up his boots just yet.

When asked by 5AA’s Stephen Rowe on whether Hurn would be continuing to play for the club next season, Hurn was optimistic.

“Hopefully, yes!” The Eagles defender said on Radio 5AA yesterday, “but that’ll get decided towards the back end of the season.”

Having joined the West Coast 16 years ago as pick 13 in the 2005 National Draft, Hurn overtook West Coast legend Dean Cox this season to become the Eagles all-time leading appearance maker.

“I’m really enjoying football, and I’m happy with how my body is going,” he said.

“I love coming to training. Love passing on my experience to younger blokes, but right now, my focus is on trying to be the best use as I can to the team.”

Having made 292 appearances for the West Coast, Hurn is now closing in on joining an illustrious group of players, including Gary Ablett and Eddie Betts, who have all played 300 AFL career games.

But it seems Shannon Hurn isn’t looking too far into the future, despite only being eight games away from that incredible milestone.

“I just think if you look too far ahead, the time will pass you by pretty quick,” he said

“That’s the thing about footy; it is a great sport, but it does go quick, so you’ve got to make the most of it while you can.

“You do reminisce a little bit, but you don’t’ want to do it too much because it takes your mind off the footy.”

“No doubt a few players look at me and say, ‘how old are you?’

Ageing like a fine wine, Shannon Hurn has been one of the Eagles’ most impactful players this season, notably starring in the West Coast’s demolition over Port Adelaide in round three.

At 33 years of age, the former Eagles captain is confident that his body is still in good shape to continue enjoying playing his footy.

“Unfortunately, I hurt my calf earlier in the year, then had a really good training week and rehab and then it just got a little bit sore the day before I was going to play, and it took an extra two weeks.

“It’s just making sure you’re more diligent as you get older.

“I still really enjoy playing footy, and my body’s in good shape, so hopefully, I can keep going for the rest of the year.”

Averaging 22 disposals and six marks per game this season, the premiership captain’s form in the opening 12 rounds has been sublime.

But for Hurn, the Eagles collectively still have a lot to do to turn their season around, particularly when it comes to arresting momentum from their opposition.

“When opposition teams have the footy we need to nullify them, and when we have it, we need to make the most of it,” he said.

“We’re not quite doing that well enough, and that’s what we’ve spoken about over the last couple of weeks. And that’s just in terms of the basics of the game. Everyone wants to play contested football; that’s marking tackling everything else.

“But it’s also having an understanding of knowing when it’s not going your way and knowing when we need to change it up a little bit to half it and get it back on our terms.”