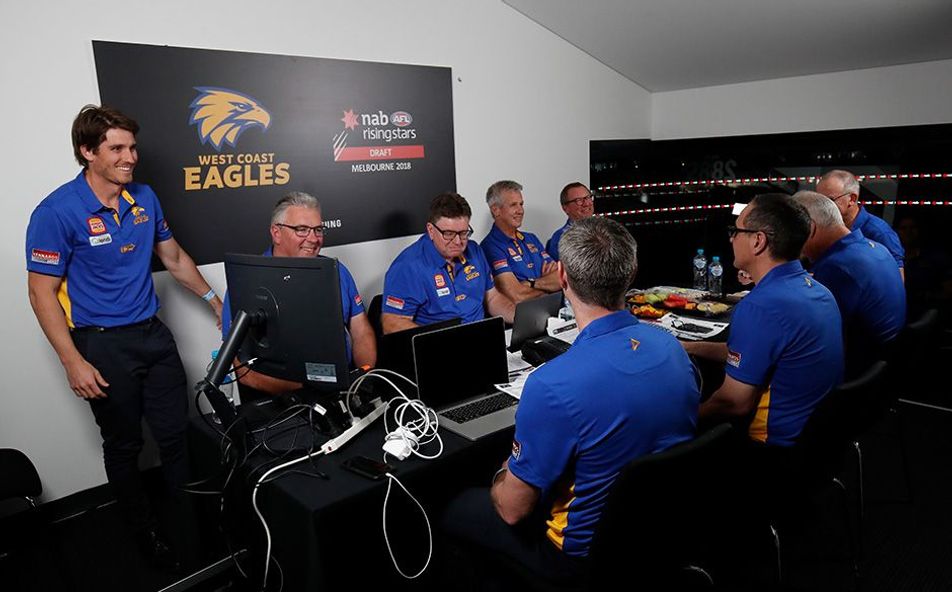 The West Coast have secured defender Will Collins and midfielder Connor West in the 2021 Rookie Draft.

The pair from WA will immediately link up with the injury-hampered West Coast Squad, with the possibility that Connor West could fill in for the injured Tim Kelly this weekend against Carlton.

22 of a possible 27 players were selected in this year’s mid-season draft, with the West Coast holding picks number 11 and 23.

Placing injured Daniel Venables (concussion) and Jarrod Cameron (ankle) on their inactive list earlier this week, the West Coast were able to free up two spots on their rookie list to bring in the two WA prospects.

Swan Districts backman Will Collins was selected first at pick 11. The promising 19-year-old trained with the West Coast in February’s Pre-Season Supplementary Selection Period and impressed coaches who have kept their eyes on the young prospect since.

Collins has since made his debut in the WAFL against Claremont in round one and has transitioned between the reserves and the senior side, playing three times in the league this season, amassing 30 disposals, 5 tackles and 12 marks.

Standing at 185cm tall, the young defender is an aggressive lineman who, like Shannon Hurn, possesses a huge left boot. He’ll be keen to shadow some of the experienced defenders at the club and may also see himself featuring sooner than expected with Jeremy McGovern currently sidelined with a knee injury.

Connor West, the son of former West Coast player and Sandover Medalist Robbie West, will join the Eagles rookie list as pick number 23 and is set to have an impact on the side straight away.

The 22-year-old will add more depth to the West Coast’s injury-stricken midfield, who are currently are without key players Liam Duggan, Luke Shuey, and Tim Kelly.

West’s experience and work around the stoppage will be a massive bonus to the Eagles. The roving midfielder represented Western Australia at u18 level and has gone on to play 40 games for the Falcons in the WAFL since his debut in 2018.

.@WestPerthFC Connor West loves getting hold of the footy and his opponent. #possessions #tackles
Now a @WestCoastEagles pic.twitter.com/BLmtZa5gir

2021 has been a break-out season for powerful onballer West, who has averaged 27 disposals per match while taking a whopping 35 touches and six marks against Claremont in round five.

Considering the Eagles current depth in midfield and poor form winning the ball at the contest, it’s very likely he’ll be included in the Eagles squad to play Carlton this weekend at the SCG.