Round 15 Match Preview: Eagles vs Bulldogs 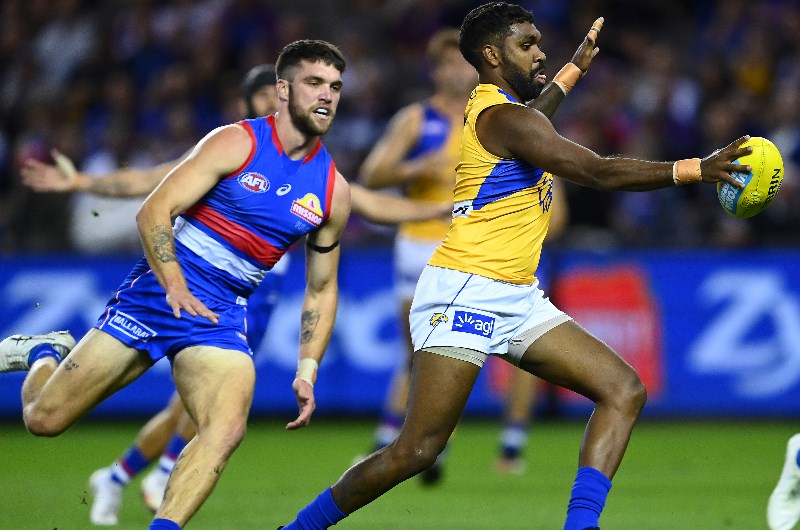 Eagles welcome back four big names ahead of Bulldogs crunch match this Sunday at the Optus Stadium.

Luke Shuey, Tim Kelly, Jeremy McGovern, and Brad Sheppard have been named in the Eagles’ starting lineup for this weekend’s blockbuster match against the Western Bulldogs.

Their additions will bring the Eagles squad back up to full strength for the first time this season.

They’ll also be joined by speedster Jack Petruccelle who missed the West Coast’s round 13 win against Richmond with a tight hamstring.

Their inclusions come at an important time in the season after the side solidified their standing in the top eight last week.

The West Coast will now head into a string of crunch matches that could decide whether the Eagles can secure a qualifying finals position come September. The first of those matches starts this Sunday against the Western Bulldogs.

Luke Beveridge’s Bulldogs side have been one of the most exciting teams in the competition to watch this season, having gone 3-3 against top-eight opposition this year, which includes their thrilling last-minute win against the Eagles back in round two.

Blowing away the rest of the league, the Dogs have had one of their best starts to a season since they won the premiership back in 2016, asserting themselves as a serious flag challenger this year through their fast handballing style of play and incredible midfield depth.

Tom Liberatore, Lachie Hunter, and Jackson Macrae have proved vital cogs in the Dogs midfield, literally throwing the football around teams to transition the ball to the league’s second-best goal scorer Josh Bruce, who has split the posts 37 times this season.

Although on Sunday, the Dogs will take on perhaps their biggest challenge of their season; a full-strength West Coast side, bounding in confidence while playing at home at the Optus Stadium.

At the back, the Eagles will also be buoyed by the returns of All-Australian’s Brad Sheppard and Jeremy McGovern, who will return to the side after a five-week layoff following a knee injury.

They will come into a side bounding in confidence following the West Coast’s cataclysmic wins against Carlton and Richmond in rounds 12 and 13.

Their clutch win against Richmond wasn’t the four-quarter performance Adam Simpson has been striving for this year. But the West Coast’s resilience to claw their way back into the game after going four goals down was seriously impressive, and they’ll take a lot of momentum from that game going into the weekend.

It’s also significant that the Tigers downed the Bulldogs back in round seven, which will only add to the West Coast’s confidence.

That will be a huge problem for Luke Beveredige’s Bulldog’s side, who have only won once in their last five visits to the Optus Stadium.

Despite the Bulldogs dominance this season, teams are starting to find holes in their fast handballing game plan, with Geelong kicking a last-minute winner to down the Dogs last weekend at Kardinia Park, bringing the Cats level with the Bulldogs on 40 points at the top of the eight.

Despite the Dogs slow start to the match, they still looked dangerous, and with Jackson Macrae, Tom Liberatore, and Marcus Bontempelli swarming the middle of the park to each record over 30 disposals and over 12 handballs during the game.

On Sunday, the West Coast will try to match the Bulldogs in midfield and press higher up the field as they did against the Tigers in round 13. Luke Shuey and Elliot Yeo will move into to the follow positions, while Jack Redden, Dom Sheed, Andrew Gaff, Tim Kelly, and Liam Duggan will try to flood the centre of the park and win the contest higher up the field.

That’s one thing they didn’t do well in their round two loss to the Bulldogs, particularly in that very lacklustre opening term. And although they came into the game in the third quarter, they were outgunned at the end with a bit of class from Bulldog’s star midfielder Marcus Bontempelli who kicked the match-winning goal.

The West Coast will have their work cut out to shut down Marcus Bontempelli, who is now a shoo-in to win this year’s Brownlow Medal. Being ranked number one in the league for kicks inside 50 and fourth for total goal assists this season, Bontempelli has become the focal point of the majority of the Dog’s attacks and will be a big threat on Sunday afternoon.

To shut them down, the Eagles could play Jack Redden in a tagging role to close in on Bontempelli, while instructing Luke Shuey and Elliot Yeo to steal the ball from Liberatore and Macrae at the stoppage.

And that’s where Sunday’s match will be won and lost.

If the Dogs recover possession at the centre bounce, they can quickly transition the ball inside 50 to their prolific goal scorers Aaron Naughton and Josh Bruce.

But the West Coast are the best in the league when it comes to winning the ball at the stoppage, with Nic Naitanui dominating the ruck this season, having a hit out to advantage on 41.4% of centre bounces.

If the Eagles can beat Liberatore and Macrae to the ball at the stoppage, they can push higher upfield as they did against Richmond and put more pressure on the Western Bulldog’s backline.

The West Coast have clinically recorded a score from 36.5% of their forward half possessions this year, so if they can adopt good field position inside the Dogs’ defensive half, they stand a good chance of coming up with four points this weekend.