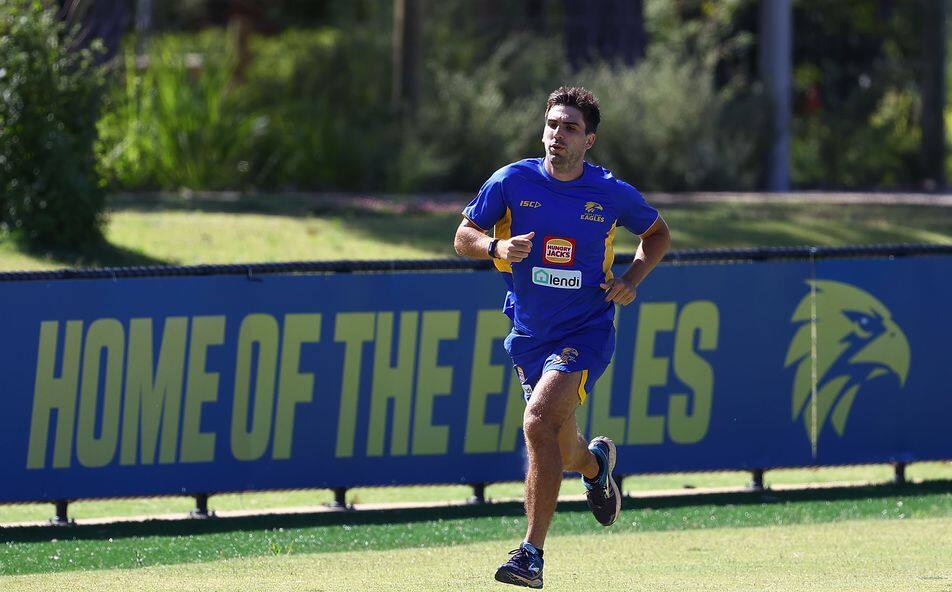 Roving midfielder Andrew Gaff has been omitted from this weekend’s match with the Sydney Swans with a hand injury.

The Eagles have suffered a huge injury blow ahead of their clash with the Sydney Swans this weekend.

Roving midfielder Andrew Gaff will miss the match after suffering a hand injury sustained in training this week.

Gaff who hasn’t missed a game this season, was seen running laps at Caulfield Grammar while his teammates participated in a short training session on the main pitches.

Andrew Gaff loads up for the Eagles’ first 🦅#AFLEaglesDogs pic.twitter.com/H4QsYMB8gy

Young onballer Luke Edwards will take his place in midfield and will get another chance to stake a claim in the Eagles starting lineup.

Edwards impressed in the Eagles win over the Tigers in round 13, showing his composure to make a whopping 27 disposals and have a hand in two-goal assists, but failed to have as much of an impact coming off the bench against the Western Bulldogs this weekend.

But the Eagles 2020 draftee looks to be some player and has been backed as a star of the future by fellow midfielder Elliot Yeo, who commended Edwards’ composure on the ball.

“I think he’s going to be a really good player for us and has a lot of attributes that he’s brought to the team already,” Yeo said in a press conference last week.

“For a young player who’s played a couple of games already, he seems pretty composed with the football in hand. When we played Richmond, who are the reigning premiers, he played a really good game of football, so I thought he was a bit stiff to miss out on the rising star nod, but it is what it is.”

Edwards will be accompanied by utility forward Brendon Ah Chee, withdrawn from the Eagles scrimmage match with Fremantle at Caulfield Grammar and will move into the squad as an emergency.

The news is frustrating for the Eagles selectors, who were preparing to field their preferred midfield again this weekend, which featured for the first time in 12 months in last week’s disappointing loss to the Bulldogs.

Even with the returns of key players Luke Shuey and Tim Kelly, Adam Simpson was quick to defend his midfield cohort after the group took a lot of flack for losing the contested possession count last week against the Western Bulldogs.

“All of us were disappointed on the weekend; we’re not just isolating the midfield.” the Eagles head coach said in a press conference on Thursday.

“I think across the board, we were outplayed for most of the day and were lucky to be there about halfway through the third quarter. So when it comes to writing wrongs, the actions need to be the evidence, not the discussion off-field.”

“We’re not going to get the best out of Luke Shuey in his first week back in ten weeks. I said this before, Dangerfield is still working towards his best form as well.

“Guys are coming back from long term injuries, it takes a little bit of time, but if they put their hand up to play as a collective, we should have a really good midfield for weeks to come if we all stay fit and healthy and we want to get better this week that’s for sure. “