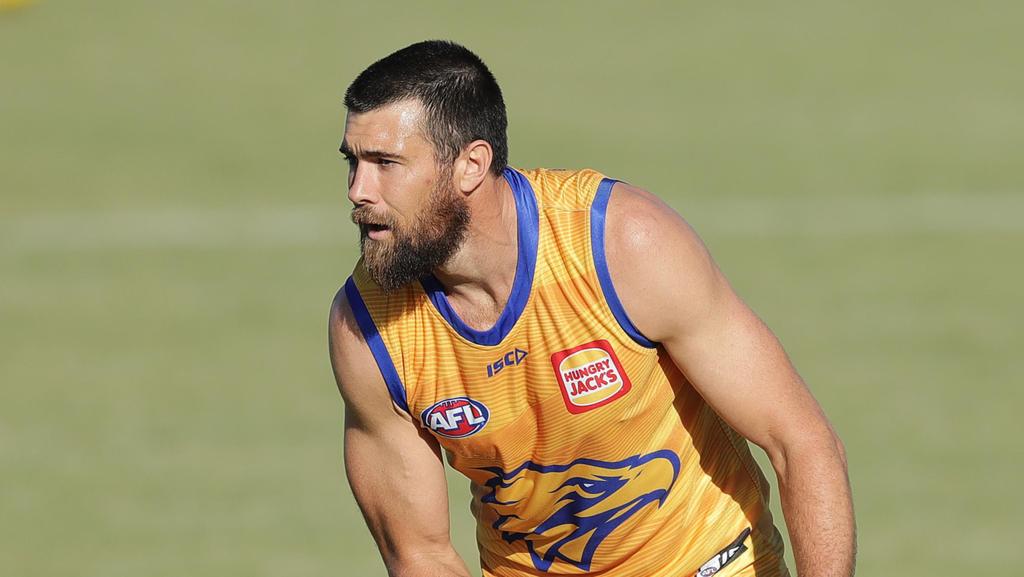 Transitioning the ball from defence to attack proved a big issue for the West Coast in their loss to the Swans at the Weekend.

West Coast Champion goalkicker Josh Kennedy believes that the Eagles need to work on their transition play if they are to secure a spot in this year’s finals series.

After Sunday’s abysmal 97-point loss to Sydney, the Eagles have identified their transitional play as one area of their game that needs serious improvement.

“For us as a group, we didn’t work as hard as they did, so work rate was a big thing and probably being connected on the field is another big thing,” Josh Kennedy told 6PR yesterday morning.

“When you’re playing against sides, and you don’t play as a unit, you can get sliced apart, which is obviously what happened at the weekend.”

Failing to effectively transition the ball between their defence, midfield, and attacking units, the West Coast had no cohesion during the match and failed to initiate any link-up play to find their tall forwards inside 50.

Kennedy was starved of any scoring opportunities at the weekend, converting his one and only shot of the match.

“We’ve got to not move on quickly because there’s a lot of issues we’ve got to try and go through this week. But we’re all here willing to get better,” the three-time All-Australian said.

“The Coaches are here to help. And as a playing group, we know that we’ve got a lot to improve on. We’ve been through a lot of vision.”

“It’s just about getting better.”

The West Coast had 17 less shots at goal than Sydney, 20 fewer inside 50s, and 83 less disposals during the match. With the ball in hand, the Eagles struggled to launch scores and complete passes, with players higher up the field not showing themselves as an option in open space.

Credit should go to the Swans for their work to stop the Eagles from playing the ball around, corralling the Eagles across the centre of the park and inhibiting them from passing the ball forwards to their attacking players.

After coming into the back half of the season bounding in momentum, following two huge wins over Carlton and Richmond, the Eagles’ results over the past two weeks will be a big knock to their confidence.

But for Josh Kennedy, the results don’t spell doom, with the West Coast’s all-time leading goalkicker still confident that the West Coast can still challenge for this year’s premiership.

“Of course, we’ve got a really good list,” he said when asked if the Eagles can still win this year’s flag. “We have just got to get a few things right on-field, and that’s been the biggest thing.”

“Consistency over four quarters is something that we’ve struggled with this year.”

“The playing group is here willing to have a crack at it. So if we can get a bit of that connectedness on the field with a bit more hard work, then I think we’ll be fine.”