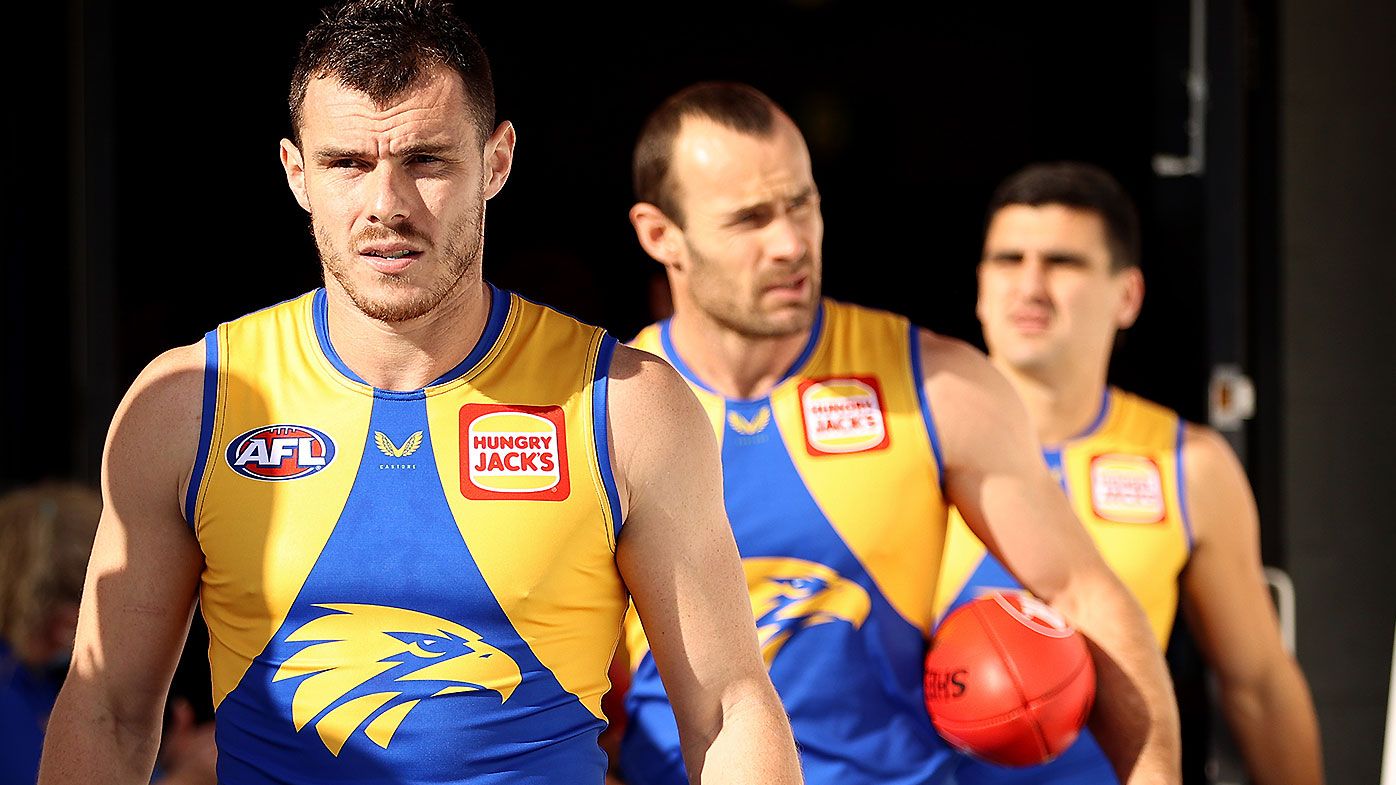 It’s not systems; it’s not accuracy; it’s the Eagles work rate that is costing them games this season.

West Coast head coach Adam Simpson has asserted that although systems might be to blame, it has been effort and work rate that has been the reason for the Eagles’ downfall over the past two weeks.

Following two huge wins against Carlton and Richmond, the West Coast has lost all momentum, coming off the rails to concede two huge losses to Carlton and Sydney in the space of 14-days.

“Just like the coaches and myself, we all feel responsible, so we own it is the direction going forward, and that’s as simple as it can be,” Simpson said in a press conference on Friday.

“Talk doesn’t really count in these situations. You need to go out and perform, so judge us on Monday night, and hopefully, we are a bit better than we were on the weekend.”

Adam Simpson has taken a lot of criticism this week, with many citing his game plan and system being outdated, with both the Swans and Bulldogs outrunning the Eagles man for man this weekend.

But Simpson took the time in the interview to defend his coaching style and systems. And rightly so.

“A lot of it’s got to do with effort and work rate, so it’s pretty evident that it’s hard to execute a style of play or know how to defend opposition if we can’t bring that,” he said.

“So our players are aware of that and trying to tap into why we were so poor for two weeks. I mean, ten days ago, we were in a pretty good position, so working through the why is something we’re working on.”

Signalling effort as the key point of the Eagles downfall, Simpson is right; you can’t win games in this league on any system if your team aren’t running to win contests, arrest momentum in defence, and create options around the field to launch attacks from.

“Effort has been inconsistent over the last couple of weeks.”

“The ability to perform every week is important, and it was disappointing at the weekend that it was so off compared to Sydney, so yep, there’s no excuse for it.

“If the effort and work rate isn’t there, then it’s hard to execute your method, but we’ve still got to look at the method as well.

“We had a pretty honest conversation about that.

“We’ve changed the team probably too much for the last four or five weeks, some through necessity. So the continuity of our players on the park is something we’re working on.

“But no, it’s a collective thing.”

The Eagles have issues around the park, and Simpson was keen to assure reporters that no fingers have been pointed at any individual player.

Collectively the Eagles issues lie across the park and even in the coaches box.

“We’ve changed the team probably too much for the last four or five weeks, some through necessity. So the continuity of our players on the park is something we’re working on,” Simpson said.

With multiple players coming back into the squad at once, some have argued that the West Coast’s continuity and cohesion just hasn’t been right over the past two weeks.

We saw that same issue arise in last year’s elimination finals loss to Collingwood, where the West Coast welcomed back a flurry of key players in quick succession.

Yet, for Simpson, the poor results are “a collective thing.”

“I think the message is that we’re all in this together.”

“We need to back our players in. We need to be resilient, and we need to be tough and hard when we play, so we’re all in it together, the whole club, that’s the message.

“We’re not here to point fingers and blame people.”