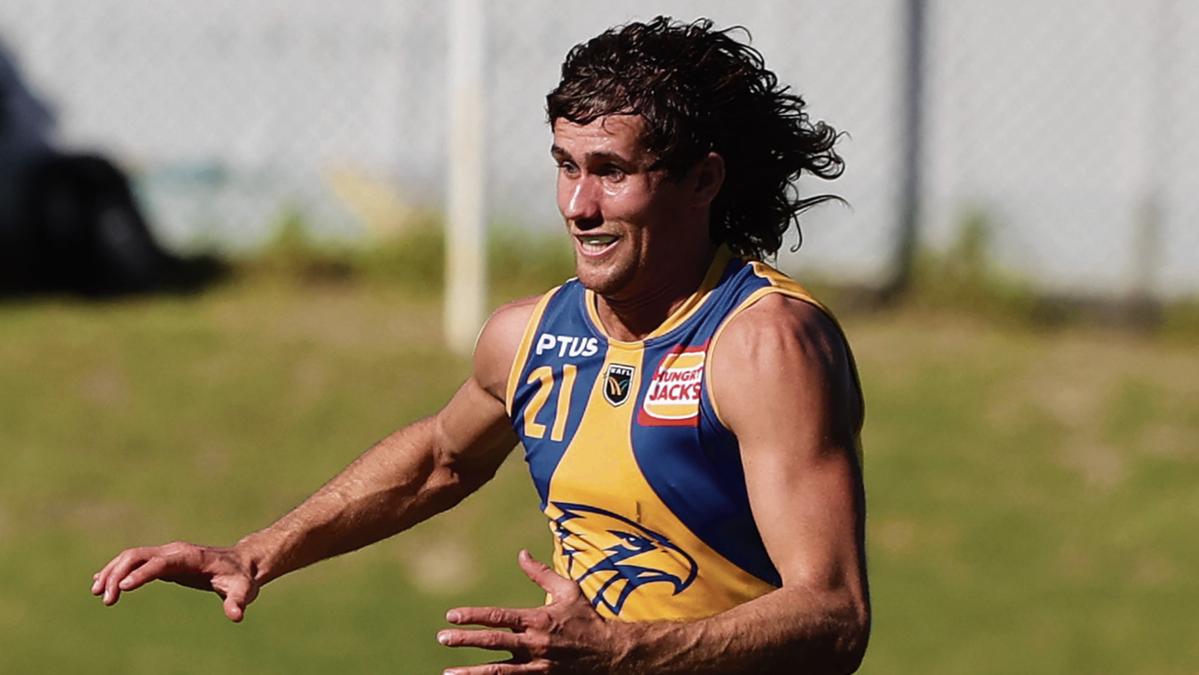 Three changes have been made to the West Coast Team that started against North Melbourne in round 17.

Mid-season draftee Connor West Will make his debut for the West Coast Eagles this weekend.

He’ll be joined by young guns Luke Edwards and Harry Edwards, who will come into the side to replace Brendon Ah Chee and injured Tom Barrass.

At the start of the week, Tim Kelly and Elliot Yeo were both doubts for this weekend’s match after the pair picked up knocks against North Melbourne in round 17.

“I don’t think it’s a doubt, it’s just more decisions you have to make later in the week,” Adam Simpson said, speaking on Tim Kelly and Elliot Yeo in a press conference on Friday.

“There’s probably four or five where you have to see them train and see how they pull up and recover. I think they’re all more likely.

“Unfortunately, the bang for the buck when we had all our players available we didn’t get.

“Now we may be back to the cycle of a few come in, and a few go out. We’ll judge him (Kelly) today.”

Since then, the pair have both been passed fit to play this weekend. But Adam Simpson is taking no chance and has opted to strengthen his sides midfield stocks, bringing Luke Edwards onto the bench, West into the midfield, and Xavier O’Neill likely to be the injury substitute.

Connor West will follow in the footsteps of his father and  Robbie West, who also played for the West Coast in the AFL. The 22-year-old has impressed in the WAFL this season, racking up a string of good performances for the WAFL side, including 33 disposals and five tackles this weekend against Swans Districts.

The agile onballer will be a big asset to help the Eagles lock down those midfield battles, something they failed to do last weekend against North Melbourne.

In his pre-match press conference on Thursday, Adam Simpson commended stating the Eagles young star “was exactly what we’re looking for.“

Noting his midfield pressure and tackling abilities, Simpson identified the Eagles were looking to get more youth into their midfield while also bringing more speed and power into the centre of the park.

“He’s already a favourite around the club with his work ethic, so we’re really pleased he’s playing,” the Eagles coach said.

“We’re trying to fit an extra mid in or a bit more youth, but we want to try and get him around the ball with a bit in the forward line.”

In defence, Tom Barrass will miss out on this week’s trip to Adelaide with a hamstring strain sustained late on in the Eagles loss to North Melbourne. Barrass is likely to be absent for around two to three weeks, giving defender Harry Edwards a chance to cement his place in the side.

20-year-old Edwards, who has played five matches this year for the senior side, has been one of the Eagles best young players and is ranked fourth in rising stars for contested marks per game and third for intercepts per game.

Meanwhile, the Crows are set to welcome back a string of big names for this weekend’s clash, with strike partnership Taylor Walker and Tom Lynch set to return to the Crows forward line.